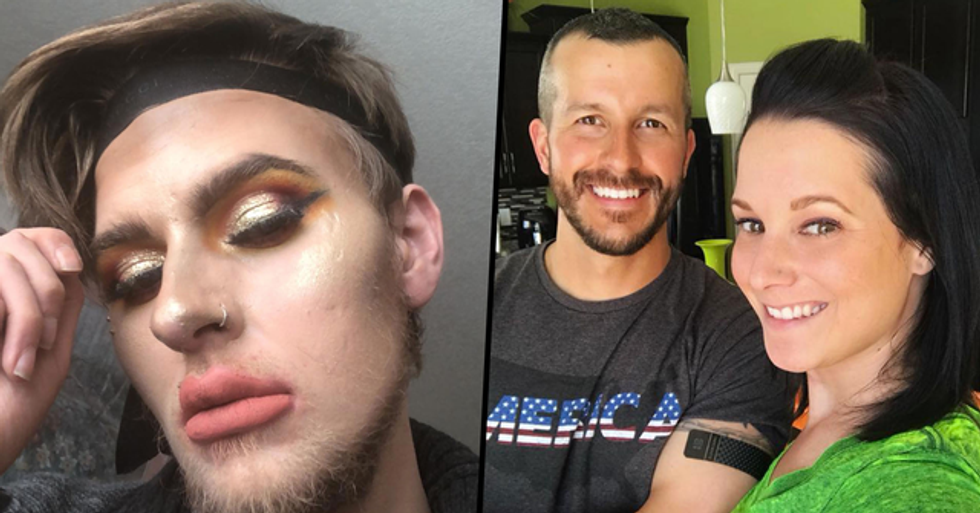 It's the plot twist none of us were expecting.

Chris Watts, who was found guilty of the murder of his pregnant wife, Shanann, and 2 daughters, Bella and Celeste, was allegedly having a secret affair with a young man... And the details he has come forward with are nothing short of chilling.

Now, ever since its release on Netflix on September 30th...

American Murder: The Family Next Door has both captivated and horrified audiences all around the world.

Using police footage and Facebook photos and videos, the documentary delves into the story of the seemingly idyllic Watts family.

From an outsider's perspective, Chris and Shanann had it all - a large Colorado family home and two beautiful daughters - 4-year-old Bella and 3-year-old Celeste.

And then, not even one week on from the documentary's debut...

There was a shocking development regarding the details of the young girls' murders.

And, just when you thought things couldn't get any worse...

A young man has come forward with claims that he had been engaged in a secret, gay affair with Chris the year before the murders.

Twenty-nine-year-old Trent Bolte claims that he met Chris on the dating app, MeetMe, in 2017.

"He said he didn't know if he was bisexual or gay," Bolte recalled to Inside Edition, adding that Watts admitted he had a family, but gave the impression that he was separated from his wife.

He claims that their relationship lasted for around ten months...

Bolte explained how he and Chris sometimes got hotel rooms for their "meetings", and also said that Chris paid for him to have several cosmetic procedures, including lip injections and Botox in his forehead and around his eyebrows.

But he also described their relationship as "normal."

They even enjoyed watching Netflix together - "I got him into Orange Is the New Black," Bolte noted.

He even met Bella and Celeste.

Unbelievably, Chris had allegedly introduced Bolte to his daughters. "Cece just talked up a storm," said Bolte. "She was one of the happiest little girls I've ever seen. Bella was very shy."

Bolte noted how Chris was "very proud of his daughters"...

And how he never dreamed that he could hurt them.

But said he received a long text message from him just days before the murders. "Chris said that he was in love with me," Bolte recalled. "He said he had never been so comfortable with someone. He said he felt like he could actually be himself around me."

Bolte now says he wishes he had "never met Chris."