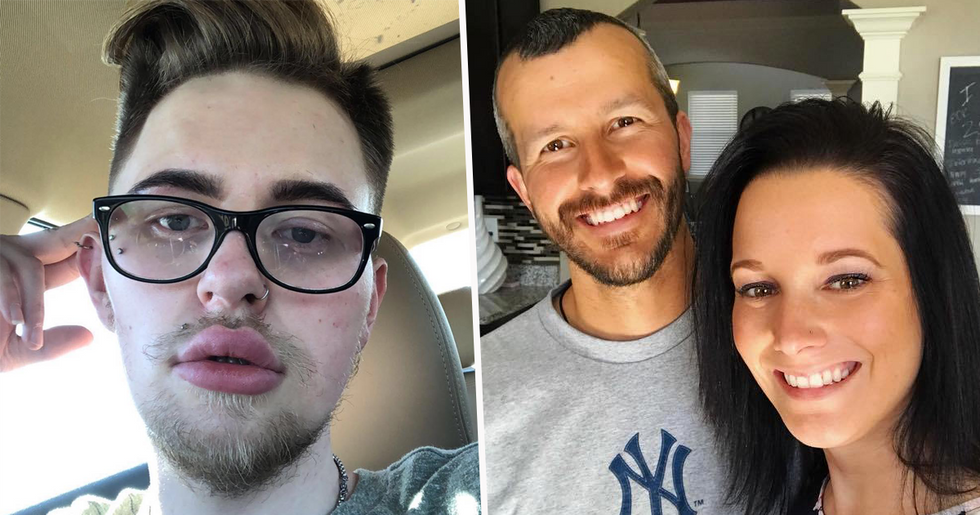 New information has been released about Chris Watts, the man at the center of the new Netflix documentary, American Murder: The Family Next Door, and it turns out that Watts had a secret no one knew about until now...

Although there are certain aspects of the crime that was left out of the documentary...

Including an interview with Chris Watts' alleged "gay lover."

From an outsider's perspective, Chris and Shanann Watts had it all - a large Colorado family home and 2 beautiful daughters - 4-year-old Bella and 3-year-old Celeste.

But now, several new details about the case have come to light...

While the show revealed Chris had a secret girlfriend...

And while we saw the beginning and the end of Chris' lie detector test...

The test was actually 5 hours long.

"When she started to get drowsy, I somehow knew how to squeeze the jugular veins until it cut off the blood flow to her brain, and she passed out.

And now, twenty-eight-year-old male prostitute, Trent Bolte has told the FBI that Watts introduced him to his daughters, after paying for his services...

In newly surfaced text messages it was discovered that Watts promised to introduce Bolte to daughters Bella and Celeste if he didn't turn out to be a "psycho."

According to Bolte, he and Watts had a 10-month fling, which ended shortly before the murders took place.

Watts first messaged Bolte on an app where Bolte asked why he was messaging a gay man, Watts replied, "I don't really know if I'm straight or not."

They soon met up at Watts house where Watts allegedly "ripped" the escort's clothes off.

After their first meet up, Watts introduced Bolte to his daughters...

He previously said: "If you turn out not to be a psycho maybe you can meet them."

Bolte admitted they had previously stayed together at a remote Wyoming cabin, and that Watts even paid for him to get lip fillers.

Watch the shocking interview with Bolte below...