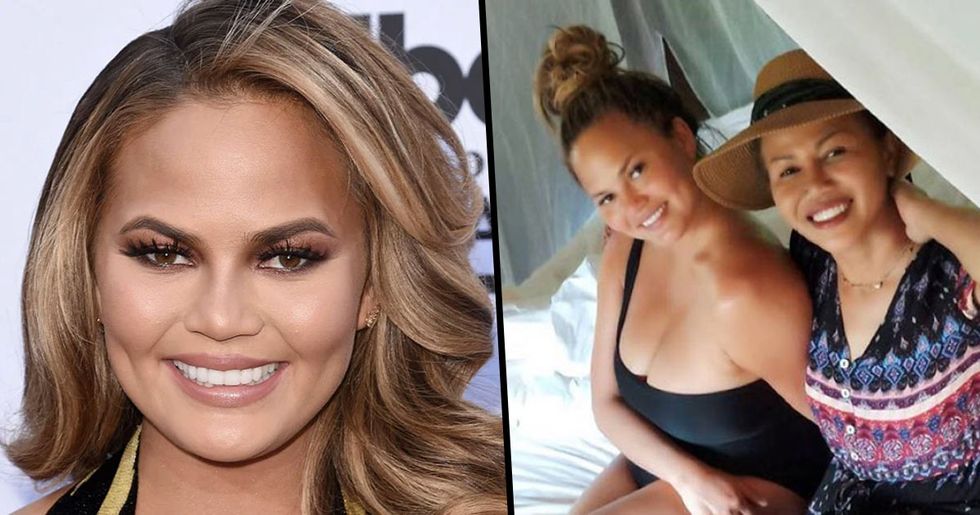 Another day, another rich celebrity offending us ordinary people.

This year, we have learned that celebs can be a little narrow-minded when it comes to flaunting their lifestyles on social media and it results in making us less-privileged feel a little annoyed with their arrogance.

Chrissy Teigen is the most recent to find herself under fire for a rather "tone deaf" comment she made about the way her mom treats her "disposable" $159 AirPods.

It seems that today in 2019, the rich and famous really aren't afraid to flaunt their wealth...

And with a big thanks to social media, flaunting their privileges and fortune has never been easier!

Take the Kardashians, for example...

It's no secret that the Kardashian/Jenner clan aren't exactly stuck for cash, and they take a lot of pleasure in showing off their staggering wealth to us poorer folk on Instagram.

Kylie Jenner is the biggest culprit...

She recently faced a backlash for showing off her $3 million Bugatti Chiron that she casually bought earlier this year. She has since deleted the video she posted of the flash car, but people all around the world were quick to call out the reality star for being insensitive and self-centered.

Celebrities seem to forget others are less fortunate than they are.

Especially with A-listers like the "self-made" Kylie Jenner, who have been lucky enough to be born into a life of luxury and fortune.

But for some celebs, a simple comment or joke can be taken in the completely wrong way.

Chrissy Teigen is the most recent to be criticized for a comment that she made online recently.

The thirty-three-year-old is very popular on social media.

Chrissy, a former model, and TV personality, is best known for her marriage to singer John Legend, who share their daughter Luna, and their son Miles together.

Chrissy is also known for her confident and outspoken personality...

And she never holds back on social media.

She recently voiced her opinion over rapper T.I checking his daughter's virginity every year...

The rapper last week spoke about how every year, he takes his eighteen-year-old daughter to the gynecologist to check if her virginity is still intact, and Chrissy simply tweeted, "Did not think we would be talking about hymens today. Or T.I."

One of her more recent tweets caused a stir.

my mom treats her air pods like they're disposable. buys a few a month. she says they would be easier to not lose if they had....a cord
— chrissy teigen (@chrissy teigen)1573069943.0

"My mom treats her AirPods like they're disposable. Buys a few a month. Says they would be easier to not lose if they had... a cord," she wrote about her mom's clear AirPod addiction.

Standard Apple AirPods cost between $150-$250, with the new AirPod Pros costing a staggering $320.

But "the joke" sparked a discussion about wealth inequality and she was roundly criticized for being out of touch.

@chrissyteigen Most of your followers can't afford medicine but this is definitely a thing you can tweet
— cori (@cori)1573074664.0

"Most of your followers can't afford medicine but this is definitely a thing you can tweet," one sarcastically wrote, while another simply wrote, "Imagine being able to afford a pair of AirPods."

Chrissy was quick to respond to this criticism.

Oh man I haven’t checked my mentions for a bit and I didn’t realize how many people were super pissed off about thi… https://t.co/GYOZ5b9c56
— chrissy teigen (@chrissy teigen)1573174095.0

"Oh man I haven't checked my mentions for a bit and I didn't realize how many people were super pissed off about this," she wrote on Thursday. "It was meant as a joke (and exaggeration) about how my mom doesn't realize air pods are with a cord are headphones but it came across as super tone-deaf and icky."

She went on to say, "I promise I will not always say the right thing in the right way but I also promise I hate disappointing or p****** you guys off. I'm sorry and I will do better to not be such an a******."

While many praised the mom for stepping up and apologizing...

Many were still offended by what she had joked about her mom's extreme spending.

Some users reminded Chrissy that there are people in the world dying of starvation.

"It's not about how you said it. It's the fact that some people are starving while others can treat $150 AirPods as disposable," one follower wrote. "I love you Chrissy but seriously, stop pretending this is about tone and start campaigning for wealth redistribution."

But as always, Chrissy was quick to defend herself.

@hilaryagro You keep saying this as if my husband and I don’t do anything for society and it’s really disheartening… https://t.co/FZs6xWIjsL
— chrissy teigen (@chrissy teigen)1573193105.0

She wrote of how she and John do a lot for society, and how the tweet was intended as a simple joke that she is now sorry for.

Many acknowledged that because her life is so removed from the ordinary, she will not intentionally be insensitive.

@cloudy_yah @hilaryagro Completely understand and I don’t ever forget people are struggling. All I can do is tangib… https://t.co/h2EA2DtjUA
— chrissy teigen (@chrissy teigen)1573193723.0

Chrissy went on to say that she realizes that people are struggling and that she will try her best to be better.

It's clear that Chrissy's heart is in the right place, and the fact that she was brave enough to speak out to her fans who were criticizing her shows that she understands the mistake that she made and that she is truly sorry for it.