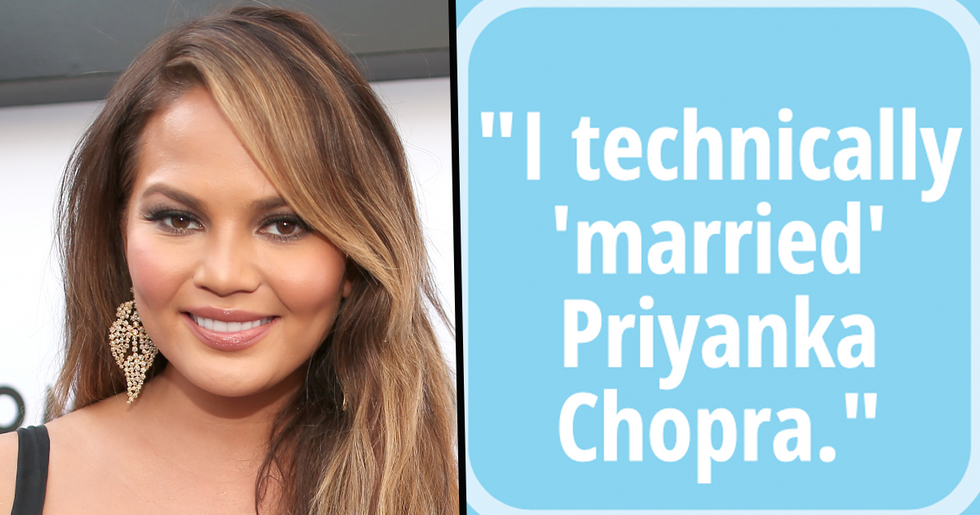 Chrissy Teigen is undeniably the sweetheart of the internet. Her Twitter presence makes her beloved by fans all around the world. And even better? Her social media proficiency means fans can always feel connected to the star. Teigen is one of the realest celebs out there - as her latest Twitter thread has proven.

Teigen took to Twitter with one mission in mind.

have you ever been famous but for like 1 minute? a talking head on an infomercial, in the background of a big movie… https://t.co/t2tmjnZOdk
— chrissy teigen (@chrissy teigen)1588279597.0

She wanted people to share the times they were almost famous.

She even shared one of her own.

@chrissyteigen That time a photo of me in wiener leggings was pasted all over the city of Philadelphia, as well as… https://t.co/AOiLmKmwzA
— dena (@dena)1588287979.0

Well, they were pretty amazing.

We actually remember this!

@chrissyteigen In 2001 my childhood friends and I went to an @NSYNC concert at Foxboro Stadium and our picture ende… https://t.co/diPjbT2s2w
— Jessica Leary (@Jessica Leary)1588279938.0

A link to Chrissy!

What a dream come true.

What a claim to fame!

This is so cool!

Imagine being a retired zombie!

Who else has the song in their heads?

Not quite so cool.

Not sure how we feel about this one.

Wonder what Nick Jonas thinks about this!

She nailed the brief though!

On the surface, this sounds fun.

But when you think about it ... maybe not.

These responses are total gold.

It's amazing what some people have done in their lives!

This seems kind of problematic.

@chrissyteigen I was helping the photographer set up and he used me for a lighting test, so I agreed, not really th… https://t.co/uz3y9ZK2W2
— Sondi Tamagotchi (@Sondi Tamagotchi)1588299792.0

A great claim to fame.

And an even greater story.

But also kind of humiliating?

@chrissyteigen I ate a kimchi hot dog on Martha Stewart. I could not form words so I just nodded and excitedly ate… https://t.co/yBSIAcvcw1
— Juliet Ames (@Juliet Ames)1588283394.0

Of the dog and of the Martha Stewart encounter.

Why did Ryan Gosling need a hand double?

@chrissyteigen I was once a featured extra on Empire. Got to shake Terrence Howard's hand and everything. Now I s… https://t.co/zSAKigYm6A
— David Spearman (@David Spearman)1588280308.0

This is surprisingly glamorous!