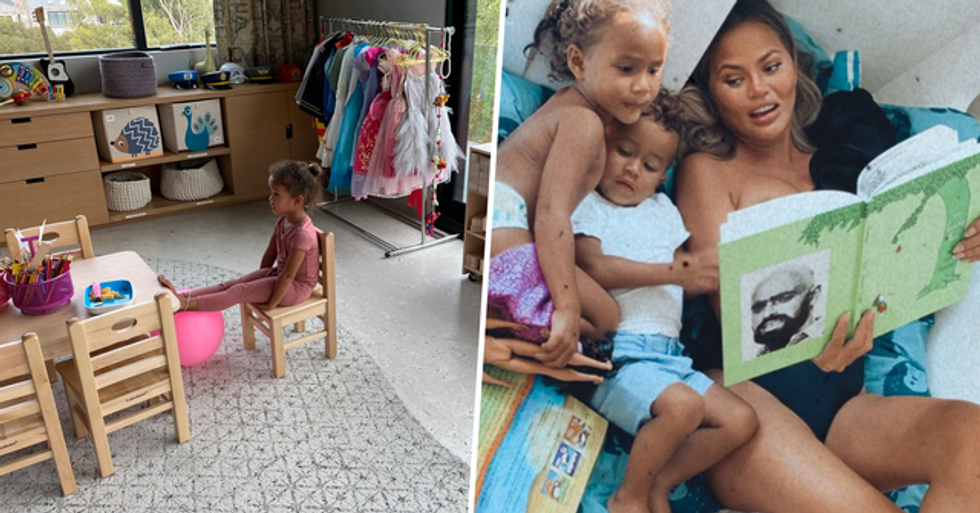 Chrissy Teigen has suffered a lot of backlash over the last few weeks, and her latest Twitter blunder might be her worst yet...

Chrissy Teigen is a dedicated mom.

"Pregnant and here for it (I really have always wanted to be a teacher!)"

"We are absolutely bringing in a professional."

"But I’ve got cooking, john’s got music, grandma has...day drinking. It will be a great school year."

But not everyone was pleased with Chrissy's room...

It seems as though she can't do anything right these days...

Chrissy Teigen and John Legend were seen as Hollywood's sweethearts.

But her latest slew of Twitter posts have not gone down so well.

In fact, Twitter are feeling pretty annoyed with her out-of-touch comments.

Some found it tasteless.

@chrissyteigen @yashar Rich people showing off their wealth during a pandemic when millions have lost their jobs, h… https://t.co/BfeDXCYkwu
— Kathleen Lange (@Kathleen Lange)1598191974.0

Is it showing off?

Some shared their own pictures.

The disparity is huge.

Some kids just have it better than others.

@chrissyteigen I hate capitalism. All children should have the opportunity to learn with resources like this.
— mmoh (@mmoh)1598204839.0

Many saw an opportunity.

And Chrissy did offer this in response...

If you are a teacher in need of supplies for the upcoming school year, please drop your amazon wishlist here, I will do as many as I can!
— chrissy teigen (@chrissy teigen)1598215248.0

Want more from the Legends? Scroll on...