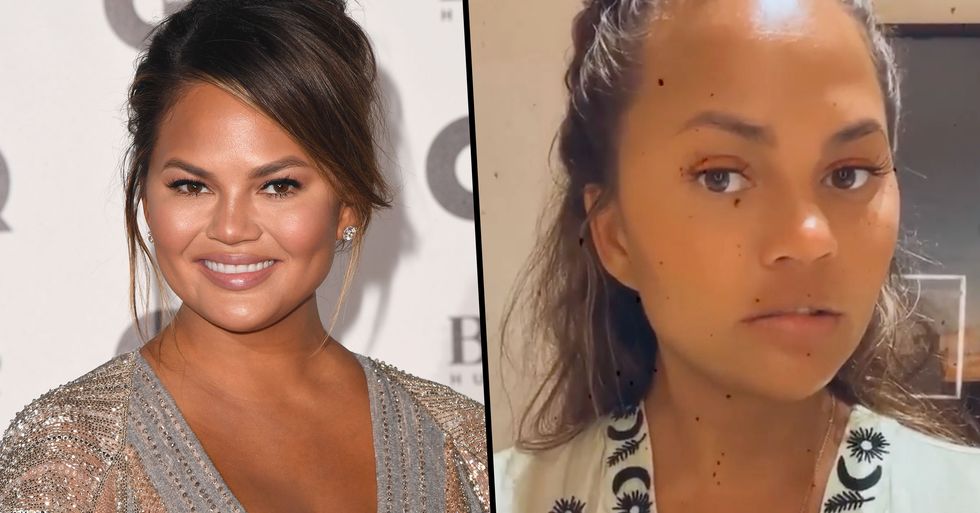 After some serious accusations were thrown at Chrissy Teigen, the star has been forced to block over 1 million people on Twitter...

And it seems she's been forced to take drastic measures after constant trolling online.

But this week, the star has been subject to bullying from cruel trolls online.

And now, it looks like they've taken things a step too far.

Teigen says her account has been "flooded by sick psychopaths."

The tweets have been truly horrific and throwing some incredibly serious accusations out there.

Following the attacks online, Teigen spoke out on her Twitter.

Who claimed to show that Teigen had been deleting thousands of old tweets from her account, implying that she had something to hide. And she really didn't hold back...

Fucking detectives that can’t even do simple subtraction to see how much was deleted. That’s who we are working with here.
— chrissy teigen (@chrissy teigen)1594743850.0

I have block chained over one million people, ONE MILLION people today and I am still flooded with sick psychopaths… https://t.co/JCVTWVqUMw
— chrissy teigen (@chrissy teigen)1594792982.0

She then took a moment to thank the fans that are continuing to support her.

Anyhow I’ll do my best to stop entertaining them. They have definitely been living for this and have zeroed in on O… https://t.co/v447jCW4D8
— chrissy teigen (@chrissy teigen)1594793145.0

While waves of people online have been throwing accusations at the star, Teigen acknowledged the kindness many fans have shown her.

The star also praised American journalist Yashar Ali for helping her through this.

Yashar has spent the entire day helping me, non stop. And sends me funny pictures. And lets me vent and cry. And gi… https://t.co/GGnUtTfxHf
— chrissy teigen (@chrissy teigen)1594793218.0

"Yashar has spent the entire day helping me, nonstop."

The accusations seem to be continuing, however.

For more on Teigen, scroll on to find out why she was forced to quit twitter a few months back after being trolled for a different reason...