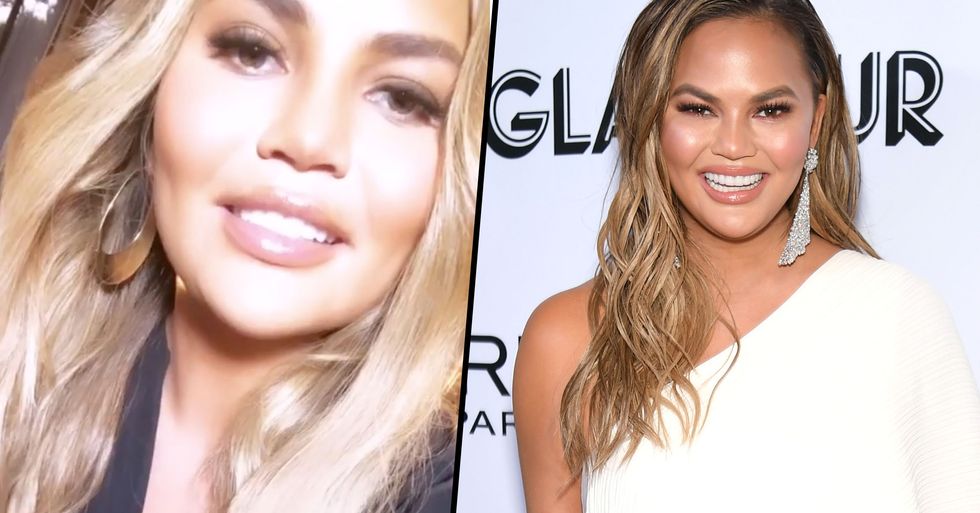 Chrissy Teigen has opened up on social media about buying 5 wedding dresses because she "felt guilty", and fans have had a very mixed opinion...

Chrissy Tiegen is a woman who is known and loved for her brutal honesty...

And her admitting recently to buying 5 wedding dresses out of guilt has certainly opened some eyes. But firstly, who exactly is this amazing woman?

Which so many parents can relate to.

And her most recent Twitter venture has proven her loveable personality.

It seems that the model is prone to feeling guilty in certain aspects of her famous life.

wowowowow anyone that knows me knows this is very true all too often https://t.co/ciZePatK9o
— chrissy teigen (@chrissy teigen)1589938566.0

A fan tweeted Chrissy saying that she saw her in Barny's and she bought a Celine bag just so she wouldn't feel guilty using the restroom, to which Chrissy replied with: "Wowowowow anyone that knows me knows this is very true all too often."

Chrissy then shared a message from a friend, who was poking fun at her shopping spree from when she was getting married.

The friend wrote: "Sort of like that time you bought like 5 wedding dresses you knew you would never actually wear because you felt guilty about 'just trying on dresses' which is precisely the point of TRYING ON wedding dresses I love you."

Along with the reply "THOSE WENT TO GREAT HOMES", suggesting she may have sold the dresses on afterwards.

And many slammed her for being "tone-deaf" with her excessive spending.

But just as many ran to the model's defense...

@chrissyteigen Idk why ppl are up in arms & yelling about this. The story says one time who the hell knows how long… https://t.co/MBIbyAvjrS
— Corey Caldwell (@Corey Caldwell)1589990071.0

And at the end of the day, what a person spends their hard-earned money on is none of our business.

We still love you, Chrissy!

Make sure to keep scrolling to read about what the model had to say about her rich friends...