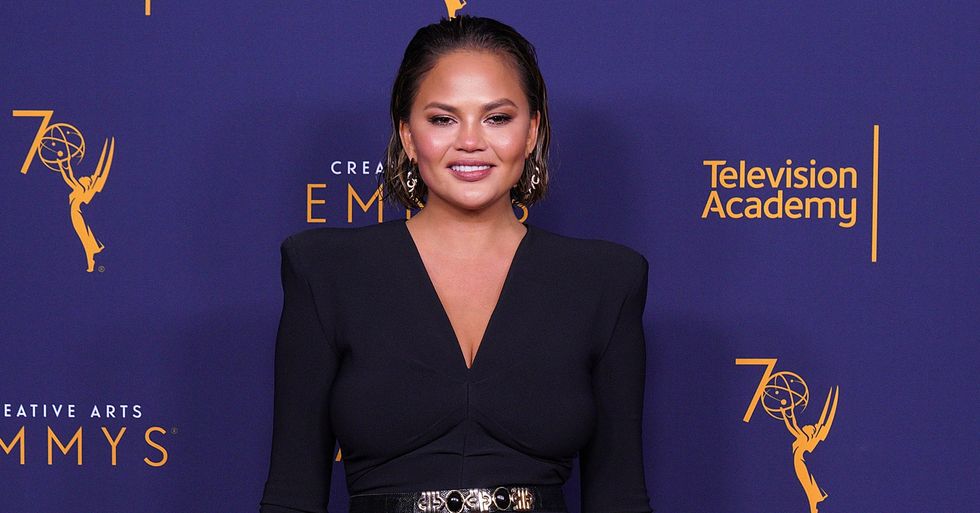 Chrissy Teigen is, yet again, being a strong and powerful woman by hitting back at trolls who have been criticizing her "square body."

Keep scrolling for her thirsty video, and her brutal response to trolls...

And her most recent move certainly proves that. But firstly, who exactly is this amazing woman?

every room is very used and occupied. I have worn a lot of expensive things but always have to give them back. sinc… https://t.co/vF7DNzB0Jj
— chrissy teigen (@chrissy teigen)1575865380.0

Which so many parents can relate to.

But the one thing that she is best known for online is not being afraid to call people out...

And her most recent move certainly proves this.

Over the weekend, Chrissy took to Twitter to share a video of herself rocking a black bathing suit...

And we must say, she looked absolutely incredible. Scroll to the end to check it out...

Of course, the mom was showered with compliments by fans...

But with the internet being the internet, cruel trolls began body-shaming Chrissy, with one even saying that she was "shaped like Sponge Bob."

Firstly, she replied to a concerned fan with "yeah they're super mean lmao."

She then addressed the "square-shaped" insult...

And she then clapped back with this...

Imagine if one day I showed up with hips and an ass. Ooooo you guys would be pissed then too! I’m happy, John’s hap… https://t.co/ScxWEBEhyJ
— chrissy teigen (@chrissy teigen)1587940923.0

After seeing all of the hate, British social media personality Jameela Jamil reached out...

"I loved the video. Didn't see a shape. Just saw fire," she wrote, with Chrissy thanking her and saying, "I've gotten used to my right angle bod, you’d think people have seen it enough that it doesn’t shock them anymore but nope lol."

Fans continued to send their love and support...

And this empowered Chrissy even more.

And the video in question?

Here you have it... enjoy! For more on the amazing Chrissy Tiegen, keep scrolling to read about her solving people's disputes on Twitter...