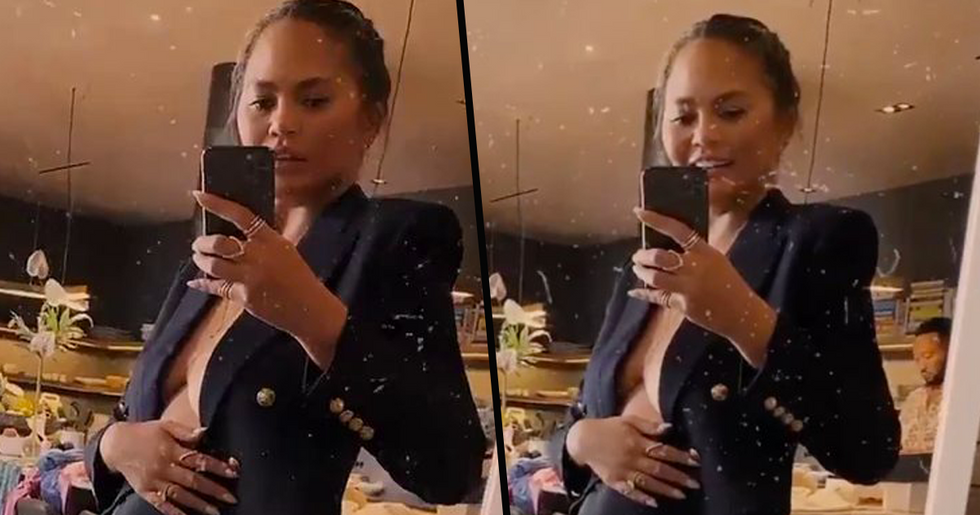 Hollywood's favorite couple, John Legend and Chrissy Teigen just announced that they are expecting their third child... And, of course, fans have already spotted a detail in the background of Chrissy's baby bump snap, and they aren't happy...

Fans have gone crazy for the news.

And, now that everyone knows, Chrissy has been sharing adorable pictures showing off her bump.

The star took to social media to share a new video cradling her bump.

But fans were less than impressed after spotting an "annoying" detail in the background.

Here's the clip in question:

And you can watch the whole music video pregnancy reveal here.