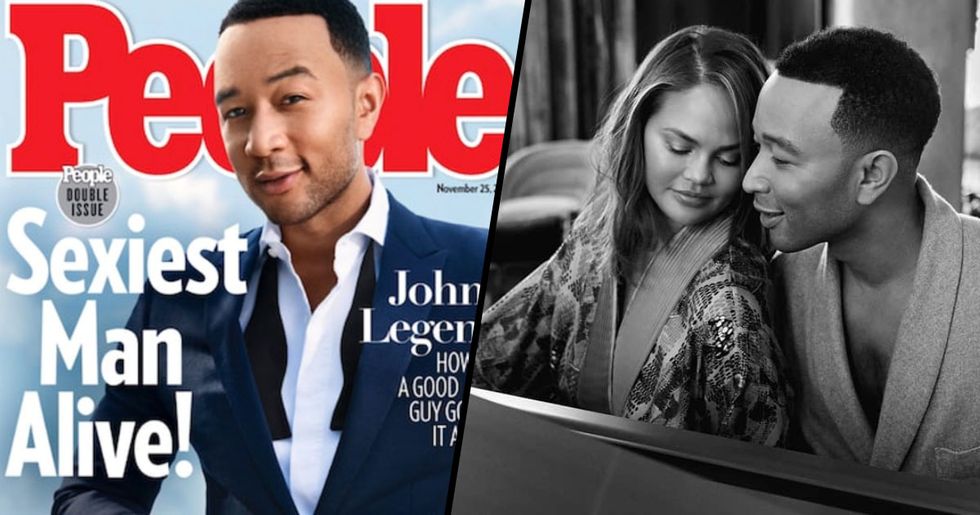 I mean, they're known for giving us some of the most iconic moments we've ever seen, from cute interactions with their children all the way to putting their relationship on the line with a lie-detector test. Now Chrissy has decided to add another iconic moment to their already extensive list. After her hubby was crowned as the "sexiest man alive," in usual Teigen-style, she had the best response.

Keep scrolling to watch her in action.

And don't even get me started on when she shared this "heartfelt" post dedicated to her husband.

But Chrissy has added yet another notch in her belt with this iconic moment.

It all came after hubby, Legend, joined the likes of Idris Elba and Chris Hemsworth when he was crowned as People Magazine's Sexiest Man Alive.

The announcement was made on Tuesday night.

Already a well-accomplished musician, it seems he's added another string to his bow... it's an impressive achievement.

But Teigen well and truly stole the show with her response to the news...

She seemed particularly thrilled about the announcement.

It is certainly matter-of-fact.

But would we expect anything less from the Queen of Twitter herself?