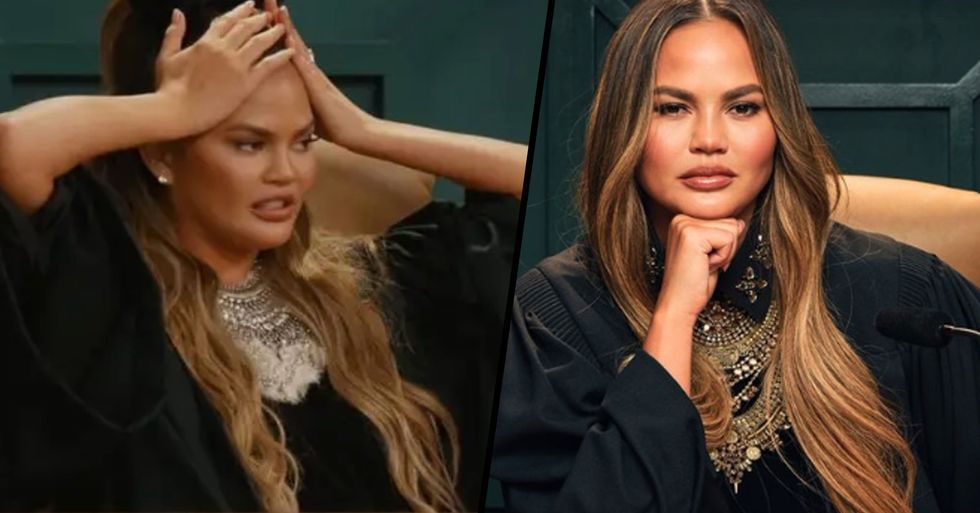 Chrissy Teigen is undeniably the sweetheart of the internet. Her Twitter presence makes her beloved by fans all around the world. And even better? Her social media proficiency means fans can always feel connected to the star. Teigen is one of the realest celebs out there - as her Twitter effort has proven!

Teigen took to Twitter with one mission in mind.

She vowed to solve anyone and everyone's biggest petty disputes - with amazing results.

both absolutely insane options. I need it to go inside a cabinet, court will pay for shelf removal https://t.co/B2paQjcSO0
— chrissy teigen (@chrissy teigen)1585241697.0

An answer at long last.

Butter out in a covered BUTTER dish is fine. Butter out with any kind of bowl/plate situation with foil or Saran Wr… https://t.co/Rh4kwf4nrr
— chrissy teigen (@chrissy teigen)1585242815.0

This is giving us anxiety just to think about.

I do it like this too! I like my tongue sticking to just the center bridge and the nice crunch destruction of the e… https://t.co/NUPHf1LJ4W
— chrissy teigen (@chrissy teigen)1585245337.0

Which side are you on?

Chrissy has the solution.

Even Chrissy is confused.

I uhhhhh, do not think you are letting the radiation out but why not just hit stop/cancel so it's like it being don… https://t.co/ETU8bjk6Lb
— chrissy teigen (@chrissy teigen)1585241016.0

And now, frankly, we are too.

Everyone copes in a different way.

But this way is kind of weird.

lots of microwave issues today. the answer is simple: she needs to clear the time or it's del boca vista time. https://t.co/QhfbojRUxg
— chrissy teigen (@chrissy teigen)1585241499.0

A 5 year sentence of missing her posts is punishment enough. I will have bailiff pepper thai unblock you today.… https://t.co/Zn7tASwjTE
— chrissy teigen (@chrissy teigen)1585243137.0

5 years in the making.

Days of the week.

Screw the Bible - listen to Chrissy!

Some disputes are even too petty for Chrissy.

But we also want to see this pic!

Oooo I see both sides here. Can you just...not wear them at the same time? You get weekends but he gets more days https://t.co/NCJmPFW9IB
— chrissy teigen (@chrissy teigen)1585250303.0

This could get ugly.

u both deserve a good night’s sleep but being overly oiled is worse than not being able to sleep so… https://t.co/cDCH6t4ZMb
— chrissy teigen (@chrissy teigen)1585250173.0

But sleep obviously wins out.

This isn't even a debate.

Teigen is correct once more!

Glad to have this clarified. Want more from Chrissy? Scroll on for her answers to the most intimate questions about life as a celebrity. They're pretty crazy!