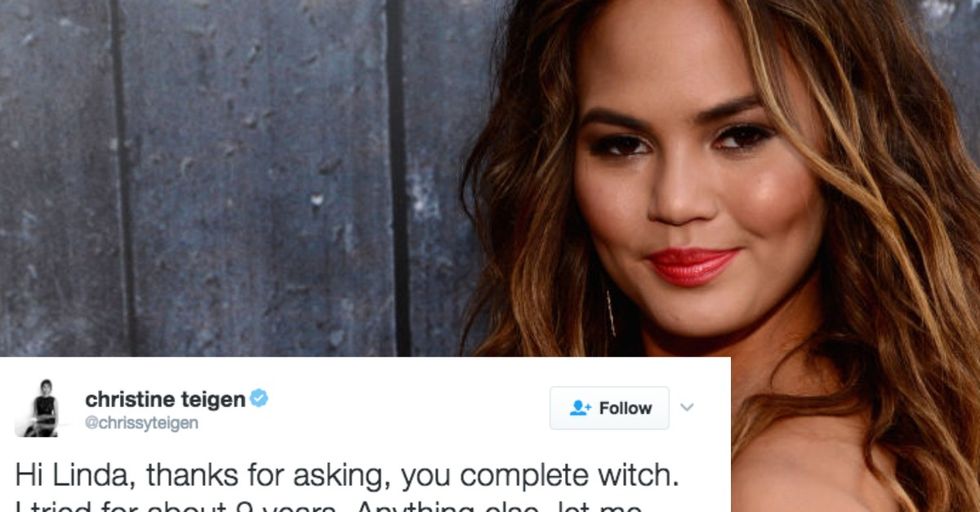 Chrissy Teigen and John Legend welcomed their adorable daughter Luna in April 2016. But it's no secret that getting pregnant wasn't an easy process for the celeb couple.

They struggled to conceive for a long time and had been fairly open and honest about their issues, which was undoubtedly a very difficult thing to do.

On her ABC show, FABLife, Teigen revealed that she and her husband had been trying to conceive for years. "We would have had kids five, six years ago if it happened," she said. She also talked about how painful it was to have people constantly asking when she and John were going to start a family. "It’s kind of crazy," she said, "because I can’t imagine being that nosy to be like, ‘So, when are the kids coming?’ because who knows what somebody’s going through."

Teigen has revealed that the couple used IVF to conceive. When she admitted, however, that they’d chosen specifically to have a girl, the trolls came running out from under their bridges. But Teigen wasn't about to let these faceless voices on the Internet get to her.

Now almost a year later she’s fighting off trolls again after she told a reporter at the SAG Awards that her and John's next baby will be “a boy for sure."

There is, in fact, a simple, scientific, untrollable reason their next kid will be a boy.

But the trolls just wouldn't quit! This one got weirdly personal.

And Teigen was right there with the perfect clap back (and new nickname) for this "complete witch."

Her followers, many who can sympathize with her struggle, were quick to show their support.

Moral of the story? You don't mess with Mama Teigen.