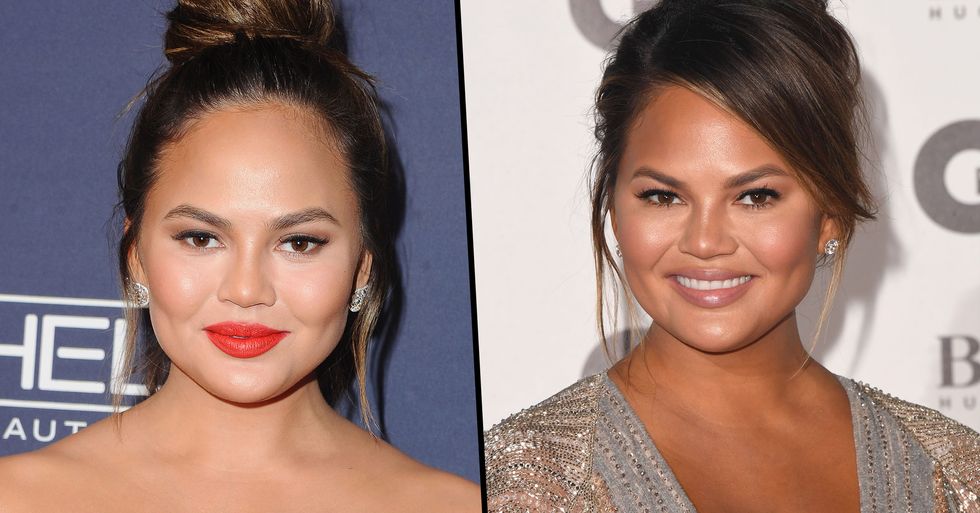 Chrissy Teigen has suffered a lot of backlash over the last few weeks, but her latest act of kindness towards teachers has left everyone in awe, as she proves she really is a super mom...

Having a baby is tiring work.

Not to mention when you already have other kids to look after.

Doing anything other than sleeping and taking care of the family just seems impossible.

But Chrissy Teigen has come through by showing us all what a super mom really looks like.

She has been helping teachers get ready for the new school year.

As well as getting ready to have a baby! And everyone is in awe...

If you are a teacher in need of supplies for the upcoming school year, please drop your amazon wishlist here, I will do as many as I can!
— chrissy teigen (@chrissy teigen)1598215248.0

Offering her time and money to help teachers get ready for the new school year.

On Sunday, Aug 23 she took to Twitter and offered to purchase any items teachers needed for their classrooms.

"If you are a teacher in need of supplies for the upcoming school year, please drop your Amazon Wishlist here," she wrote. "I will do as many as I can!"

She joked saying she wished there "was a button to add everything at once" to her cart.

So many of you are asking for books about embracing other races and cultures and it’s just so sweet.
— chrissy teigen (@chrissy teigen)1598219081.0

"It's gonna take me a long while so bear with me!" she added.

On Monday morning she had already "cleared 50 entire lists."

And that "countless extra items were purchased from lovely people just passing through."

"Will do more this week and would love to focus on struggling districts and special needs. Please keep posting this thread!" She added.

She responded to countless messaged from parents and teachers.

And also let her followers see the back to school set up she made for her own kids.

"Everyone get ready for .... Miss Chrissy," she tweeted along side a picture of her new "classroom."

"Pregnant and here for it (I really have always wanted to be a teacher!)."

While they are "bringing in a professional," Chrissy joked that they'd already got some subjects covered.

"I've got cooking, John's got music, grandma has…day drinking," she said. "It will be a great school year."

We are absolutely bringing in a professional but I’ve got cooking, john’s got music, grandma has...day drinking. It… https://t.co/755DHOmEnC
— chrissy teigen (@chrissy teigen)1598173451.0

Sign me up! Keep scrolling for more on Chrissy Teigen and why she's been deliberately moving John's Grammys to one side...