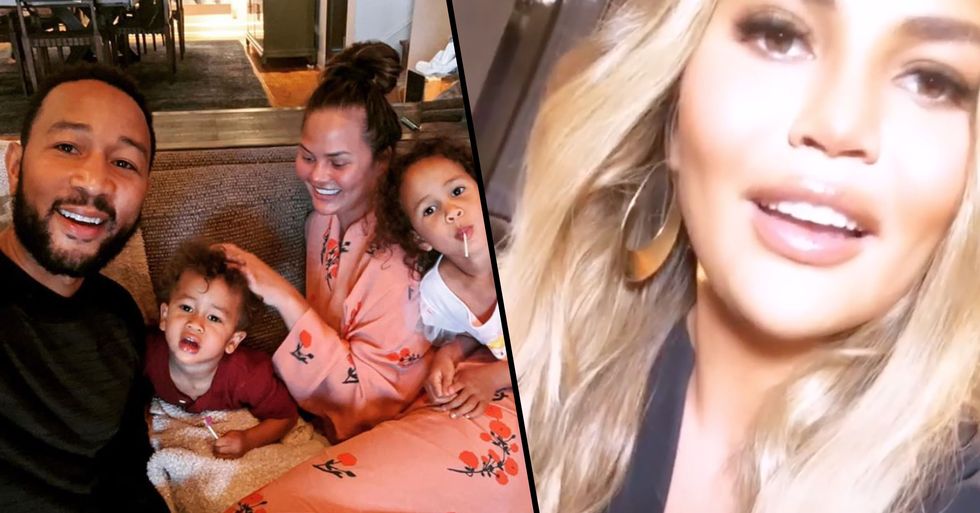 It seems that Chrissy Teigen has had enough of the online trolls as she has quit Twitter following some disgusting comments about her children...

But it seems that the constant online trolling has finally gotten to become too much for the mom of 2.

Last month, Chrissy took to Twitter to share a video of herself rocking a black bathing suit...

And we must say, she looked absolutely incredible.

Of course, the mom was showered with compliments by fans...

But with the internet being the internet, cruel trolls began body-shaming Chrissy, with one even saying that she was "shaped like Sponge Bob."

Firstly, she replied to a concerned fan with "yeah they're super mean lmao."

She then addressed the "square-shaped" insult...

Fans have always admired Chrissy for being able to stick up for herself...

But it seems that the trolls have taken things a step too far recently.

And she has spoken out about taking a break from social media following a dispiriting Twitter experience with New York Times food writer, Alison Roman.

And even though the writer went on to apologize to Chrissy for her comments, this ultimately caused an influx of hate towards the model and her family.

And Chrissy decided to address them in a final way.

"I really hate what this drama has caused this week. Calling my kids Petri dish babies or making up flight manifests with my name on them to 'Epstein island', to justify someone else’s disdain with me seems gross to me so I’m gonna take a little break," she tweeted.

She then commented obliquely on how people online had begun attacking her following an initial wave of supportive posts.

"This is what always happens. The first day, a ton of support, then the next, 1 million reasons as to why you deserved this. It never fails."

Some time away from social media is exactly what Chrissy needs...

But it is disgraceful that this is what she has had to resort to in order to escape the cruel words of millions of people.

Something needs to be done about the influx of cruel people online...

And we sincerely hope that Chrissy will be okay during this difficult time. Keep scrolling to read about why Kim Kardashian has been trolled recently...