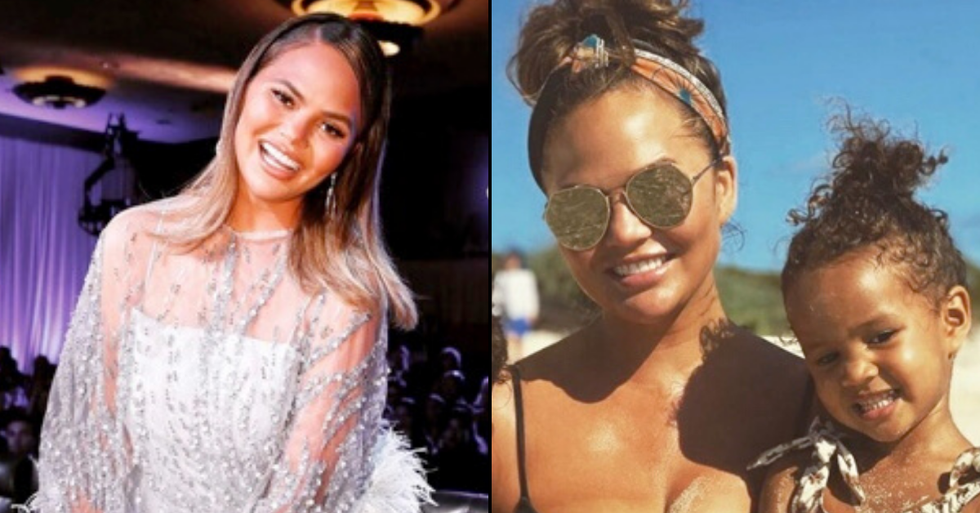 Chrissy Teigen is undeniably the sweetheart of the internet. Her Twitter presence makes her beloved by fans all around the world. And even better? Her social media proficiency means fans can always feel connected to the star. Teigen is one of the realest celebs out there - as her latest boob job revelation has proven!

Her beautiful cover shoot was paired with a tell-all interview - and she was typically candid ...

And one topic she was refreshingly open about?

"Yeah, I did my boobs when I was about 20 years old," she revealed!

She claims she did it for her modeling work. "It was more for a swimsuit thing."

"I thought, if I’m going to be posing, laid on my back, I want them to be perky!"

"But then you have babies and they fill up with milk and deflate and now I am screwed."

"Honestly, I kept them the same cup size."

"I just filled them out, so they are rounder and firmer. I had a quarter ‘teardrop’ cup in the bottom and filled out the breast line."

"If I could do one thing, it would be to have a lift."

"I think you’re supposed to replace [them] every ten years."

"But when you have kids you think about [the risks] of surgery and I think, ‘This is not the way I want to die, in boob surgery.’" Want more from Chrissy? Scroll on for her absolutely amazing Twitter interview ...