Chrissy Teigen Says She Deleted 60,000 Tweets Out of Concern for Her Family's Safety | 22 Words 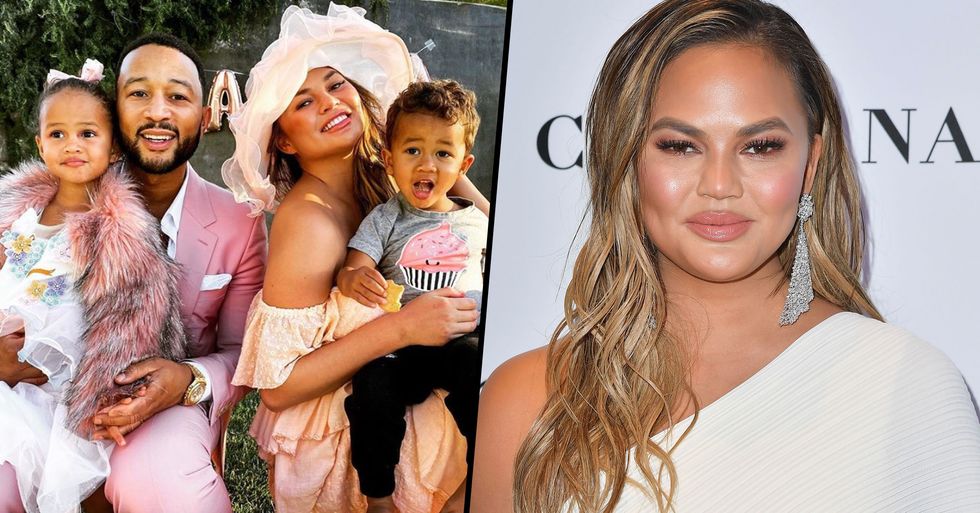 Chrissy Teigen Says She Deleted 60,000 Tweets Out of Concern for Her Family's Safety

Chrissy Teigen has made the decision to delete 60,000 tweets out of concern for her family.

And there's more to this story than you might think...

And it seems she's been forced to take drastic measures in order to protect her family.

But this week, the star became a subject to bullying from cruel trolls online...

And they've taken things a step too far.

Teigen said her account had been "flooded by sick psychopaths."

The tweets have been truly horrific and throwing some incredibly serious accusations out there...

Following the attacks online, Teigen spoke out on her Twitter.

Who claimed to show that Teigen had been deleting thousands of old tweets from her account, implying that she had something to hide. And she really didn't hold back...

Fucking detectives that can’t even do simple subtraction to see how much was deleted. That’s who we are working with here.
— chrissy teigen (@chrissy teigen)1594743850.0

I have block chained over one million people, ONE MILLION people today and I am still flooded with sick psychopaths… https://t.co/JCVTWVqUMw
— chrissy teigen (@chrissy teigen)1594792982.0

She then took a moment to thank the fans that are continuing to support her.

Anyhow I’ll do my best to stop entertaining them. They have definitely been living for this and have zeroed in on O… https://t.co/v447jCW4D8
— chrissy teigen (@chrissy teigen)1594793145.0

While waves of people online have been throwing accusations at the star, Teigen acknowledged the kindness many fans have shown her.

Teigen has had to resort to deleting more than 60,000 tweets.

Thankfully, Chrissy has an immense following...

@chrissyteigen Chrissy they are trying to silence you because you speak truth about the idiot president. They want… https://t.co/IEjzARYBNc
— Kate O'Brien (@Kate O'Brien)1594745086.0

And out of all of those who have been accusing her, there are just as many standing up for her during this difficult time.

Make sure to stay posted for updates...

And keep scrolling to read about why Teigen quit Twitter last month...