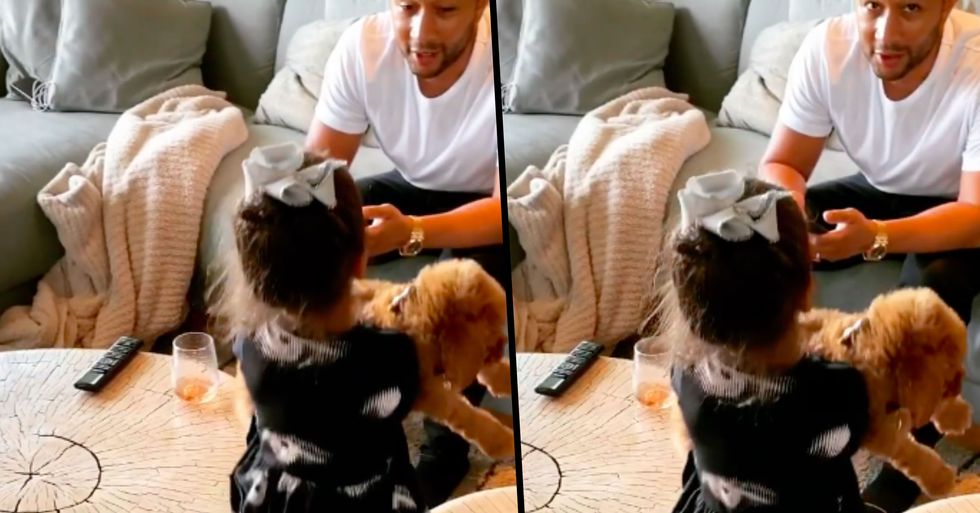 It's no secret that Chrissy Teigen and John Legend are relationship goals and they completely dominate the Hollywood couples scene.

They are happily married and have 2 beautiful children together, which Chrissy often documents on social media.

Their first-born, Luna, was caught recently calling John by his real name and his reaction is priceless.

But her most recent post of Luna is probably her best yet...

Chrissy and John have rescued a new addition to the family... a puppy!

As any toddler would be!

And it is hilarious what she says to her dad.

As she carries the puppy over to John...

She says, "John, would you like to hold her?"

John did not look impressed...

"I'm not John, I'm your dad!" he tells Luna as Chrissy is heard to be stifling her laughs behind the camera.

And it's safe to say that we aren't the only ones who find the video completely hilarious!

Watch it for yourselves here...

For more on Chrissy Teigen and John Legend, keep scrolling to remember the time when Chrissy moved John's Grammy Awards to make room for her stuff...