Chrissy Teigen Slammed This iPhone X Feature, and We Have to Admit That It Is Creepy | 22 Words 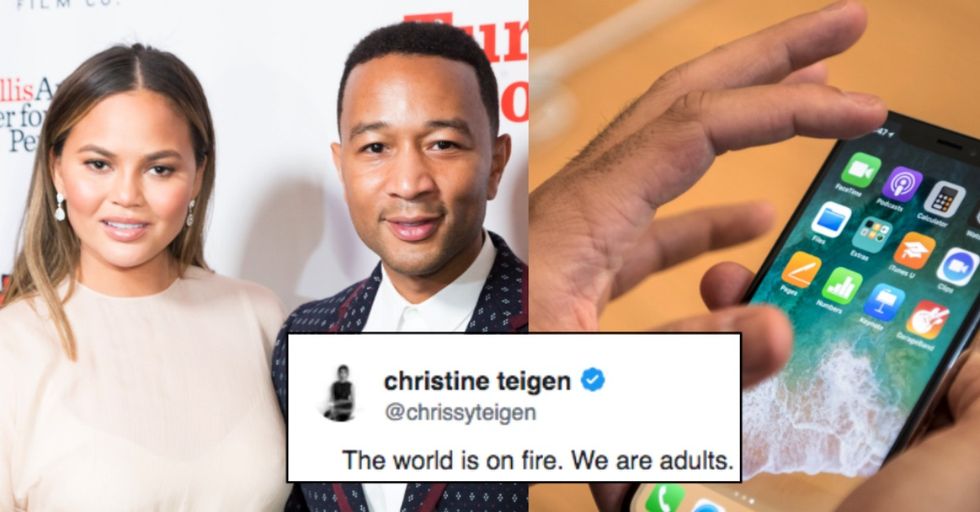 Chrissy Teigen Slammed This iPhone X Feature, and We Have to Admit That It Is Creepy

The iPhone X, the most breakable iPhone yet, came out on Friday to mixed reviews. TechRadar gave it a positive review based on improved battery life, but others are saying that its glass shell wasn't a great design choice. It's kind of a no-brainer that a glass phone would be easy-to-break. But then, why even make a glass phone in the first place?

Chrissy Teigen's hot take on the iPhone X didn't have anything to do with its physical features, though. Her scathing review was about something creepier lurking inside the user interface.

Animojis are like regular emojis except that the SPEAK and MOVE to mirror your facial expressions and head tilts. The iPhone uses face-scanning technology to make these possible. That fact is either high-key or low-key creepy depending on your baseline levels of paranoia.

Some people are embracing this feature, and creating animoji karaoke.

So now they're not only emojis that act out your facial expressions and speech, but emojis that sing and dance along to your favorite songs or movie scenes.

According to Chrissy Teigen, animojis are HIGH-KEY creepy.

I don't like these animal emoji karaoke things. Too black-mirror-y. The world is on fire. We are adults. I don't want a chipper pig.
— chrissy teigen (@chrissy teigen)1509870725.0

She tweeted,"I don't like these animal emoji karaoke things. Too black-mirror-y. The world is on fire. We are adults. I don't want a chipper pig." Teigen is queen on all matters pop culture, so we're with her on this.

In case you're in, like, an important business meeting or a very quiet waiting room right now, and can't listen to a pig talking like a human out loud, here's what it said: "Chrissy! Chrissy Chrissy Chrissy Chrissy NooOoooOoo. F*ck that. F*ck it I'm so cuuuute. I'm still cuuuute." If you ask us, animojis are still not cute, even when Andy Samberg uses them. Tell us in the comments whether this new feature is going to give you nightmares.