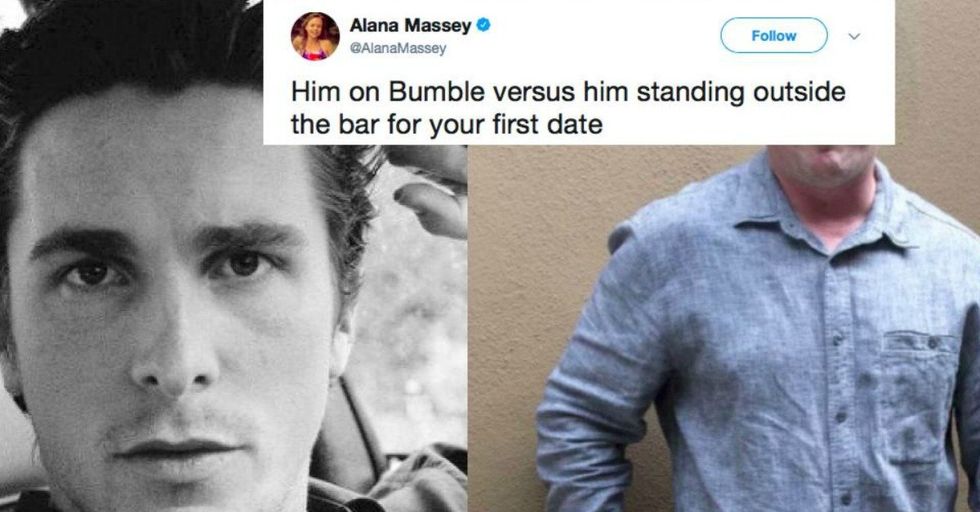 Christian Bale Has a Certified 'Dadbod' For This New Movie Role

Few actors have the chameleon-like ability – or the inhuman, strange and freakishly-alien discipline – to change their bodies like Christian Bale. The actor has been everything from buff (American Psycho, Reign of Fire, the Dark Knight franchise), comfortable (American Hustle), to emaciated (The Machinist, Rescue Dawn, The Fighter).

Bale doesn't have a set method for getting in shape or for losing weight. He just does what the script (and his nutritionists) demand.

As he said in a 2004 interview with the BBC about losing a worrying amount of weight for The Machinist, "It just didn't enter my head that it could be done any other way, really. I just realised, "Okay, I have to lose weight." I just had no idea how much I would have to lose in order to get the look that I was searching for..." "I had been to a nutritionist and when I had got down to what she had told me was a healthy weight, I just went, "You know what? I can go more than this. I can keep going." So I lost another 20 pounds below what she said I should stop at..."

Losing all that weight took its toll on Bale. Specifically, his butt.

In fact, his co-star, Michael Ironsides once told MoviePilot about the day he saw the desiccated remains of Christian Bale's behind.

"I remember on The Machinist, I came to work one day, and we were shooting in Barcelona, Spain, and our trailers were these little Spanish 2-wheeled cabanas that were parked in front of this actual working machine shop. And I heard 'pssst...Michael!' from behind one of the cabanas...

And I went over, and it was Chris. And he said, 'Can you look at this?' And he turned and dropped his overalls, which he was naked under. And he had lost an INCREDIBLE amount of weight for the character. And he said 'Michael, there's something wrong with my ass, can you have a look?'

When he upped his weight for his next movie, Batman Begins, he did so by ignoring the advice of medical professionals, which led to problems. "In that short amount of time I did actually go from 121 lbs right back up to 180 lbs which is way too fast so that resulted in some doctor visits to get things sorted out."

Now, Bale has a new transformation, one that has the internet making all sorts of jokes.

Bale has gained a significant amount of weight for his role as Vice President Dick Cheney in the biopic Backseat, which is slated for a 2018 release. Asked how he achieved his distinctive dadbod during the Toronto Film Festival, Bale replied, "I've just been eating a lot of pies." Haven't we all...

People on social media are having a field day with Bale's new look.

Here's a quick sampling of what they're saying.

Him on Bumble versus him standing outside the bar for your first date pic.twitter.com/RJow1DYYKE

Christian Bale is that bloke in the pub that clears the empty glasses even tho he doesn't work there. pic.twitter.com/JzQf7hhgMV

If this really Christian Bale then every friend I’ve ever had, has a dad with potential https://t.co/CmXnnIMLZx

Christian Bale's next part is playing 'man who stands next to bus driver and talks to him while he works' pic.twitter.com/1MTInS1NBc

I will NOT be making a statement about how much I look like fat Christian Bale. Please respect my privacy.

I wonder how much Christian Bale has spent on different sized pants.

While Bale's chameleon like body is a thing of Hollywood legend, it is important to note that his yo-yo dieting has taken a toll.

As we mentioned before, his butt pretty much fell out during The Machinist. Furthermore, Bale has also had all sorts of digestive and heart problems related to his weight loss and weight gain. And did we mention he lost THREE inches of height and herniated a disc because of his American Hustle weight gain? All this happened while Bale was under the supervision of the best nutritionists and doctors money can buy, so the point is – don't try this at home, folks.