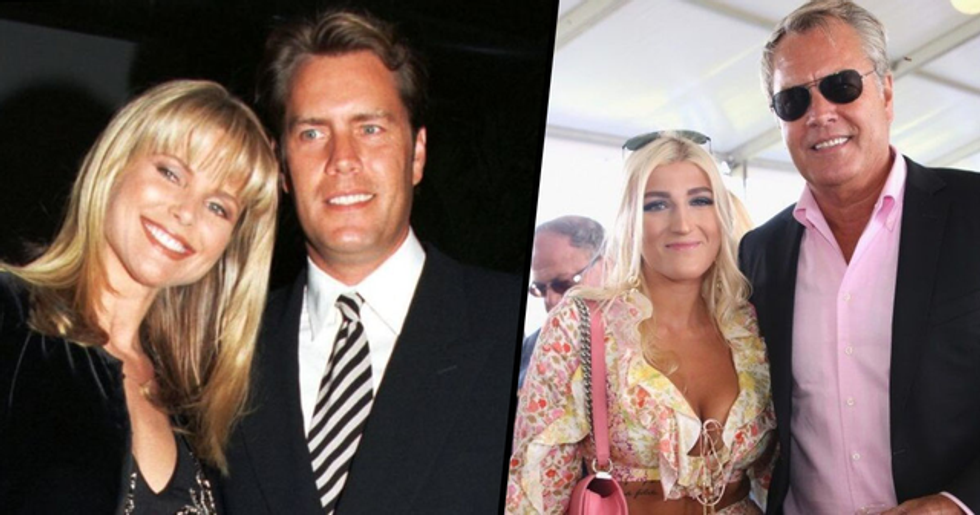 In the most recent celebrity news this week, Christie Brinkley's ex-husband, Peter Cook, has announced his engagement to his "soulmate", Alba Jancou. Sounds quite lovely and innocent so far, right?

Well, there's a little bit of scandal here, because Jancou happens to be only twenty-one-years-old, which is nearly 4 decades his senior, who is sixty. That's quite the age gap, don't you think?

But Cook insists that he and his new fiance are very much in love, despite the fact that he's old enough to be her grandpa. Keep scrolling for the full story...

The model, who gained fame from appearing on hundreds of magazine covers, has had several high-profile relationships.

We all remember her marriage to Billy Joel...

The pair met while vacationing in the Carribean, but grew closer after she was asked to star in the music video for Uptown Girl.

And, a couple more failed marriages down the line, she finally met architect, Peter Cook.

Cook and Brinkley initially met in 1979 when he testing his hand at modeling...

But they were later reintroduced by a mutual friend and quickly announced their engagement in August 1996.

And had one child together. In Hollywood standards, this must be a record, surely?!

After Cook famously cheated on the supermodel with Diana Bianchi, who he had hired to work at his architecture firm as an assistant at the ripe age of eighteen. He has a type, doesn't he?

Their divorce was pretty messy...

And they fought a bitter and lengthy custody battle over their children, Sailor, and Jack, as well as a fierce legal fight over money.

And this wasn't his only divorce...

His second ex, Suzanne Shaw accused him of having a “secret pathological predilection" for young women. They divorced in 2014 after just 2 years of marriage.

But all this divorce drama seemingly hasn't put Cook off from married life...

Because, alas, he is engaged once more!

So, who is Cook's new fiance?

The child of 2 New York art dealers, Alba Jancou is a twenty-one-year-old psychology student at Tulane University, Louisianna. She is expected to graduate in 2021.

The couple met two years ago at Le Bilboquet...

But they didn't start dating until around a year ago. And, despite the vast age gap, the 2 claim to be very much in love.

They got engaged in Greece last month.

Cook and Jancou were vacationing in Santorini, Greece on September 15th, when Cook popped the question with a six-carat Glenn Bradford diamond ring in front of a church, Page Six reports.

And Cook couldn't be happier.

As news of the engagement emerged, he told Page Six, "We consider ourselves incredibly lucky to have found, in each other, our soulmate." "We are looking forward to many years of wedded bliss!"

Let's hope he can keep hold of this one...

Third time lucky, right? For another marriage scandal of a similar nature, keep scrolling to read about Dennis Quaid's recent engagement to a considerably younger woman...