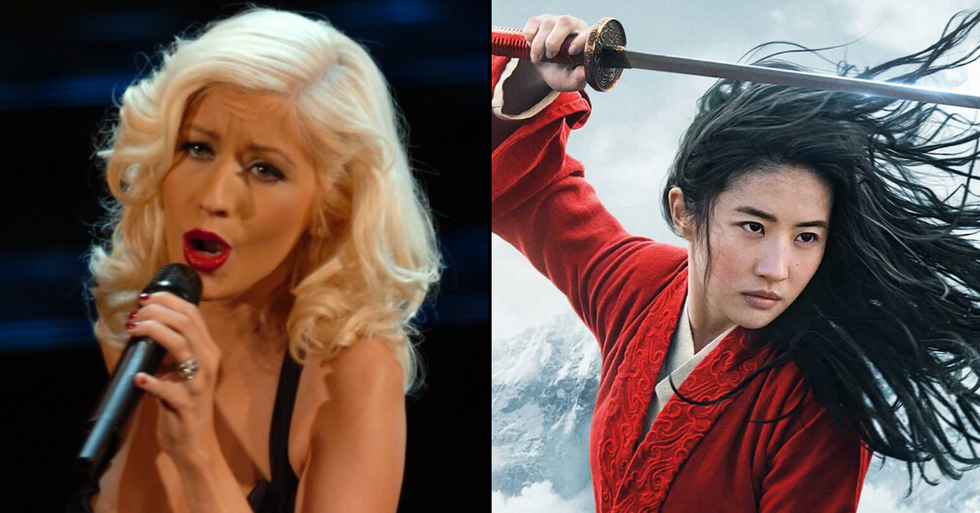 With Disney releasing the first teaser trailer for the upcoming movie this week, the countdown is well and truly on for its release in March. And now Christina Aguilera has made a very exciting announcement!

Last year, The Hollywood reporter announced that Li would be joining the cast as the emperor, although, reportedly, at first, the star initially turned down the role in the film but later agreed to it after his daughter told him that he should be in a movie promoting Chinese culture.

Chen Tang will take on the role of the last of the three friends, Yao.

And now there's been another exciting announcement.

Christina Aguilera herself has confirmed her return for the movie, too.

In the original Mulan, Aguilera sang one of the most iconic songs.

"Reflection" is basically the emotional heart of Mulan.

And it's going to make a comeback.

She told Entertainment Weekly, "You have to go see it. I recorded a new ‘Reflection’ and new material for the movie. I've been working on that, but this is the original."

Christina has recently teased her song "Loyal Brave True". Here it is:

The movie is set for release on March 27th, and now we're starting to get excited! Fancy more Disney news? Scroll on for the trailer for the brand new Scooby-Doo movie, starring none other than Zac Efron.