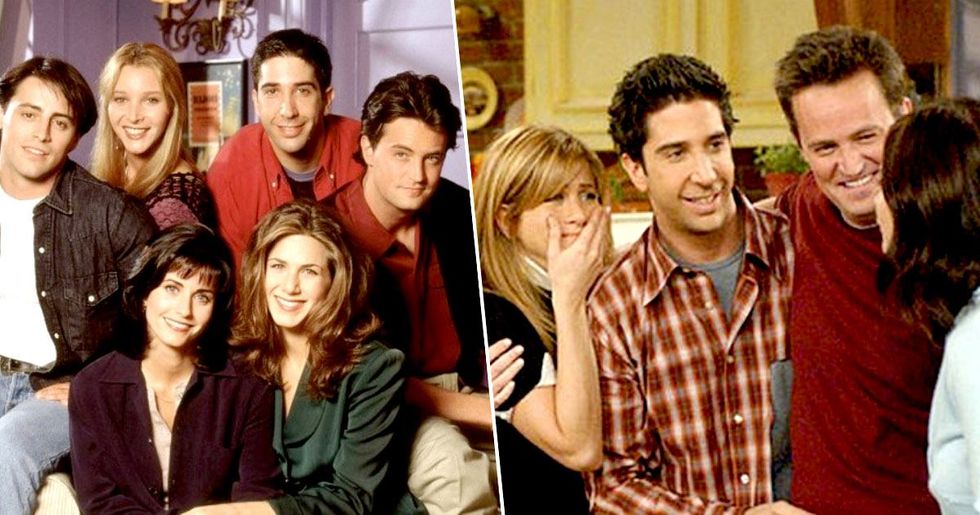 Over the years, the cast has been inundated with questions about whether the show would ever come back, but there have been no signs of a reunion - with the cast showing little interest in setting foot into Central Perk one last time. Except... just days ago when Jennifer Aniston teased a reunion on Instagram!

While, for now, nothing is confirmed - what is confirmed is that Friends will be hitting cinemas to celebrate its 25th anniversary.

Sure, it's not as good as a reunion, but it's enough to keep us going! Keep scrolling to learn more about Aniston's cryptic Insta post, and everything you need to know about the cinema dates.

While a reunion is NOT confirmed, something else is.

Yes, that's right, as the headline has already informed you, Friends will be shown in cinemas to mark the 25th anniversary of the best sitcom of all time.

12 episodes will be screened.

Fans in the US can watch a run of episodes back-to-back across the country. The shows will be broken up by behind-the-scenes footage and interviews with the cast and crew.

But it's not only in the US.

Odeon in the UK will also be hosting the Friend's binge, again, at cinemas up and down the country. However, these will be taking place a little closer to Christmas in December

Could we BE any more excited?!

I literally cannot think of anything better than binge-watching the best Friend's episodes of all time on the big screen. Bring it on!