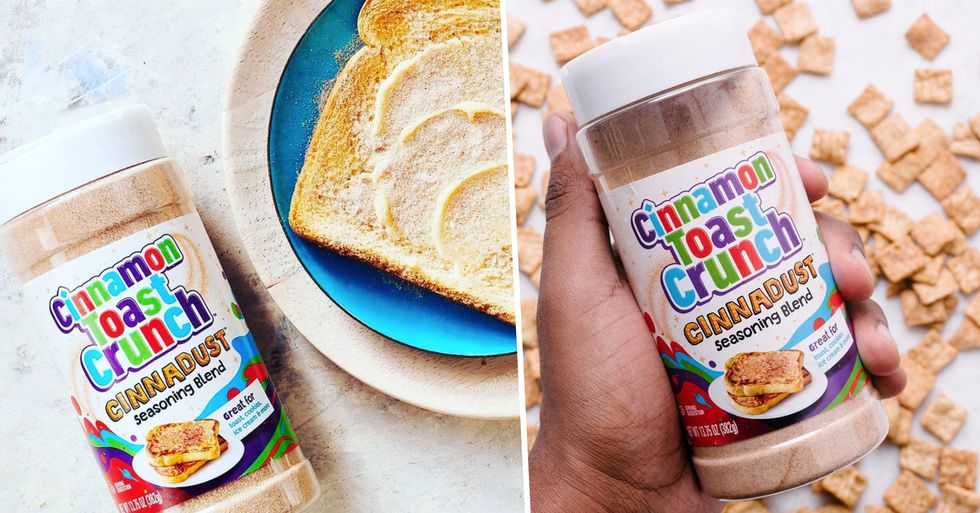 The undisputed king of breakfast cereals has expanded their market - and the internet is thrilled.

Breakfast is the most important meal of the day!

And there's one breakfast food that reigns supreme.

It's gotta be cereal, right?

It's as good first thing in the morning...

As it is, last thing at night.

Truly, the king of snacks.

And when it comes to cereal, there's one indisputable winner.

There's just something about that sweet, spicy flavor ...

It's just the best.

Who doesn't love it?

There's nothing quite so comforting.

It can be pretty hard to replicate the CNT flavor on the go.

Because there's been a very exciting announcement.

Fancy CNT on the move?

Look no further - and the internet is excited.

@darrenrovell @SamsClub There's already like a 4 oz container worth of that powder at the bottom of every box of Ci… https://t.co/KVHtEN8T68
— AskAnNFLAgent (@AskAnNFLAgent)1597879307.0

"This should be available exclusively at @samsclub September 1st and then it will be at most other grocers in early 2021. So for now you'll have to keep saving the dust at the end of your box of CTC if you want to sprinkle it elsewhere."