These Are The Most Valuable Hot Wheels Toys | 22 Words 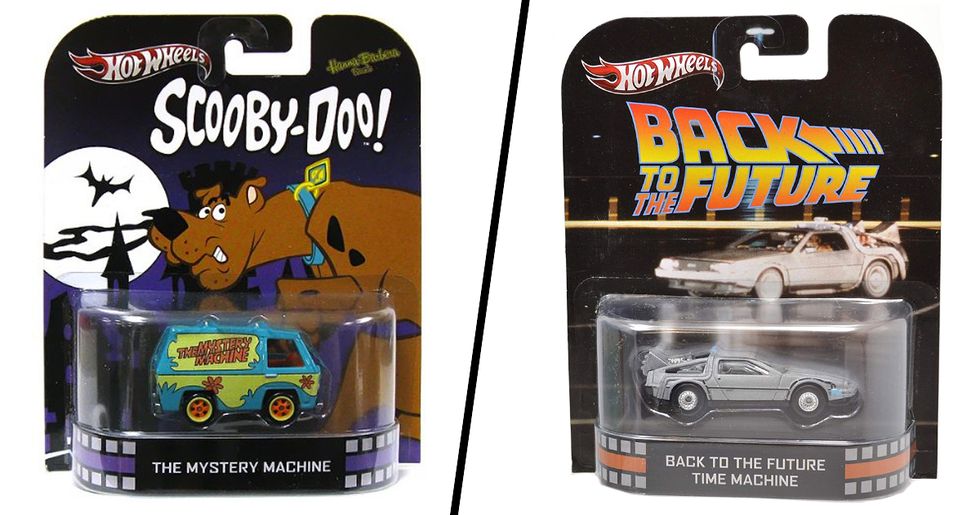 These Are The Most Valuable Hot Wheels Toys

Did you like to collect things when you were a kid? Comic books, baseball cards, Beanie Babies: all things we may or may not have bought in the hopes that they’d be worth a fortune one day.

If you were once a Hot Wheels-obsessed kid, maybe now is the right time to dust off your collection and see if you have anything that could be worth a chunk of change.

Mattel began making Hot Wheels cars in 1968, and although plenty of them aren’t worth much these days, there are some (especially special editions and cars based off of movies and television shows) that are worth anywhere from $100 to more than $100,000.

Keep reading to discover some of the most valuable Hot Wheels cars today (and keep your fingers crossed that you’ve got one in your collection).

There are only two pieces of this model in existence, because Mattel scrapped the design after making the prototype. The Beach Bombs are valued at around $80,000 to $125,000.

Talk about over the top: in 2008, Mattel commissioned celebrity jeweler Jason Arasheben to create this diamond-encrusted car in honor of their 40th anniversary. With more than 2,700 diamonds, it was auctioned off for $140,000.

This super rare car was produced in the mid-1970s and there are only seven of them in existence. If you can manage to get your hands on one, it can sell for around $8,000.

This classic Scooby-Doo car is a must-have if only for the nostalgia factor. If you’re looking to sell it, the price will range from $15 to $80.

It’s said that this car was inspired by Snoopy’s imaginary battles with the Red Baron in the cartoon Peanuts. The 1970 version of the Red Baron can sell for a cool $3,000 to $4,000.

Only available in the UK, the 1970 Ed Shaver Custom AMX came with a special set of stickers. This car is valued at around $4,000.

First released in 2011, there’s no denying that this model has some seriously cool factor. The different versions can range in value from $5 up to several hundred dollars.

This blinged-out motorhome was released in 1977, and the value is estimated at around $2,000.

Based on the Ford Pinto van, this model is best known for its signature skull and crossbones on the side. This car can be sold for around $75 to $150.

This series of trucks designed by Larry Wood is currently valued at around $70.

Only a few of these models were made in 1968 before the name was quickly changed. Since they’re super rare, they’re worth at least $10,000 each.

Based on the Volkswagen Beetle, this version without a sunroof is very rare. They can be found in orange, red, green, copper, blue, and aqua, and are valued at around $1,500.

This fun purple bug was created in celebration of Hot Wheels’ 35th anniversary. It’s valued at a starting price of $100.

The Custom Camaro was the first Hot Wheels car to be released to the public in 1968. If you can get your hands on a rare white one, it’s worth around $2,500 today.

This car is super rare because its name was changed from Mad Maverick to Mighty Maverick early in production. There are only five editions of the Mad Maverick known to exist, so their value is also unclear.

This neon number was released in 1974. These days, if you have one in good condition, it can sell for around $200.

The beatnik bandit was a big hit, so Mattel decided to release one in hot pink in an attempt to appeal to little girls. Since they didn’t make very many of them, this color car is now valued at up to $15,000.

With a pair of glasses painted on the side, this eye-catching car is valued at more than $3,800.

Halloween fans, take note: this lime green dream car can sell for up to $180. This special edition car was made to raise money and awareness for children with AIDS.

It’s rumored than less than 25 of each of the two colors of this model exist. The yellow version has sold for more than $1,100, and the purple for more than $600.

Even fairly recent Hot Wheels can fetch a decent amount of money. This super rare car released at the New York Toy Fair is valued at up to $220.

With a swirled blue design and chrome hub, this underwater-inspired model may be worth more than $270.

Who knew an airport food service truck could be worth so much? It’s valued at up to $240.

This flamed-out Torino not only looks super cool, but it’s also worth a good amount of money. It may sell for up to $160.

A car so cool you’d want to drive it yourself, this version can sell for up to $300. Got a friend with a serious Hot Wheels collection? Be sure to share this article with them!