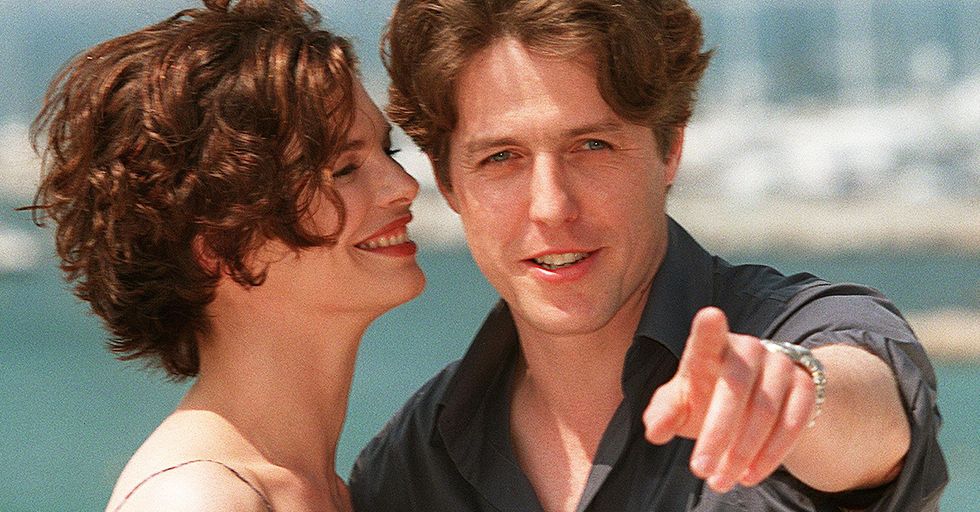 The 20 Most Iconic Romantic Leads, Then and Now

Ever watch your favorite romantic comedy and think, "That's my dream guy?" We feel you. So, we've compiled a list of Hollywood's most iconic romantic leads.

Or, surprisingly, some of them do not. Read on to find out about 20 classic rom-com stars, then and now!

Many remember Hanks as the leading man in Sleepless in Seattle, the critically and commercially successful rom-com.

His most role recent was The Post (2017). Hanks continues to generally be great, as an actor and human being.

Now: Hugh Grant has been the leading man in a lot of romantic movies through the years.

These include Notting Hill, Bridget Jones’s Diary, About a Boy, and Love Actually—to name a few!

The romantic comedy Clueless was Rudd’s first credited film! It's entirely possible that Paul Rudd doesn't age. Take a look at a more recent picture of him, and you'll see what we're talking about!

Now: Paul Rudd has become a Marvel superhero in addition to rom-com star!

How outlandish is the theory that he's immortal, really? There's an almost 23-year gap between these photos!

The sleeper hit 500 Days of Summer got Gordon-Levitt nominated for a Golden Globe.

His own romantic life has also taken off in the years since; he’s now married with two kids!

The actor received much praise for his role as the romantic lead of Pretty Woman.

Now: Here has become both actor and activist in recent years.

You may also have seen him in Runaway Bride and Chicago, among others. Next up on the list, one of Hollywood's darlings and one debonair British actor are widely known for their romantic films. Find out who they are!

The Notebook, with Gosling as romantic lead Noah Calhoun, gained a cult following after its release.

He was more recently nominated for an academy award as the romantic lead of La La Land (2016).

Colin Firth has been the dashing British gent in many a romantic movie, including Bridget Jones’s Diary.

Now: Firth continues to be the iconic ‘British gentleman’ in his movies.

More recently with a side of badass in the Kingsman movies, and he’s set to return to the next Mamma Mia film.

In Love Actually, Lincoln played the guy who didn’t get the girl, but loved her unconditionally. Andrew Lincoln is still a leading man, although he's changed his look a bit. Keep reading to see the changes!

He’s been the lead in AMC’s The Walking Dead for eight seasons so far.

Who can forget Cary Elwes’ turn as Wesley in The Princess Bride?

Elwes even wrote a book about his experiences on the making of The Princess Bride—and he’s going to be on Stranger Things next year!

Reynolds made his biggest mark on the romantic comedy genre with The Proposal.

Now: Ryan Reynolds is an even bigger action star nowadays.

Does Deadpool count as a romantic comedy? If so, he’s still making them! Next up, we've got then-and-now photos of the lead in arguably the most successful rom-com of the 1980s!

When Harry Met Sally was easily the most iconic and beloved rom-com of the ‘80s, with Crystal (right) in a leading role.

Now: Billy Crystal has carried a stellar comedic reputation with him throughout his career.

The actor and comedian has been taking it easy in recent years, though you may have heard him as Mike Wazowski in Monsters, Inc.!

Titanic, starring Leo DiCaprio, was the highest-grossing film of all time until 2010.

Now: Leo’s acting career has only grown in the decades since.

He’s even gotten his Oscar!

McGregor’s role as the romantic Christian in Moulin Rouge earned him a Golden Globe nomination—and showed off his singing chops! Find out what Ewan McGregor is up to now on the next page!

Now: The Scottish actor has been in many romantic movies since.

Salmon Fishing in the Yemen and Beauty and the Beast included!

Joseph Fiennes’ portrayal of history’s master of romantic prose in Shakespeare in Love established him as a romantic lead.

He’s more recently been in Hulu’s hit The Handmaid’s Tale.

Harrison Ford as the dashing rogue Han Solo in Star Wars solidified his status as a leading man.

Now: Over the years, Ford has been in multiple franchises with worldwide fame.

He’s more or less done in Star Wars, but will still appear in the next Indiana Jones movie! On the next page, two celebs (a hugely successful actor and an equally famous comedian) got their first big parts in romantic leads. Find out who!

Ruffalo played the love interest in time-bending rom-com 13 Going On 30.

Now: Mark Ruffalo has graduated to Hollywood superhero and more!

That year, Justin Long played a main romantic interest in He’s Just Not That Into You.

Now: Justin Long is known as both actor and comedian.

He's also well-known for his roles in Jeepers Creepers and the more recent Comet.

Carell co-wrote romantic comedy The 40-Year-Old Virgin, as well as starring in it. See Steve Carell's current status on the next page!

Now: Carell has consistently been one of the biggest names in comedy.

At the very least if you haven't watched his whole The Office series by now, you’re missing out.

Then: Matthew McConaughey in 2003.

McConaughey starred opposite Kate Hudson in How to Lose a Guy in 10 Days.

Now: Although he got his start in romantic comedies, McConaughey has gone the way of the drama in recent years.

He’s been in Interstellar, The Wolf of Wall Street, and The Dark Tower, to name a few of his more recent projects.

Smith starred in the romantic comedy Hitch as a character helping others get together.

Now: Will Smith still has a ton of screen time.

We’re particularly excited to catch him in Disney’s upcoming live-action Aladdin movie! Like this story? Share it with your fellow romantic comedy aficionados!