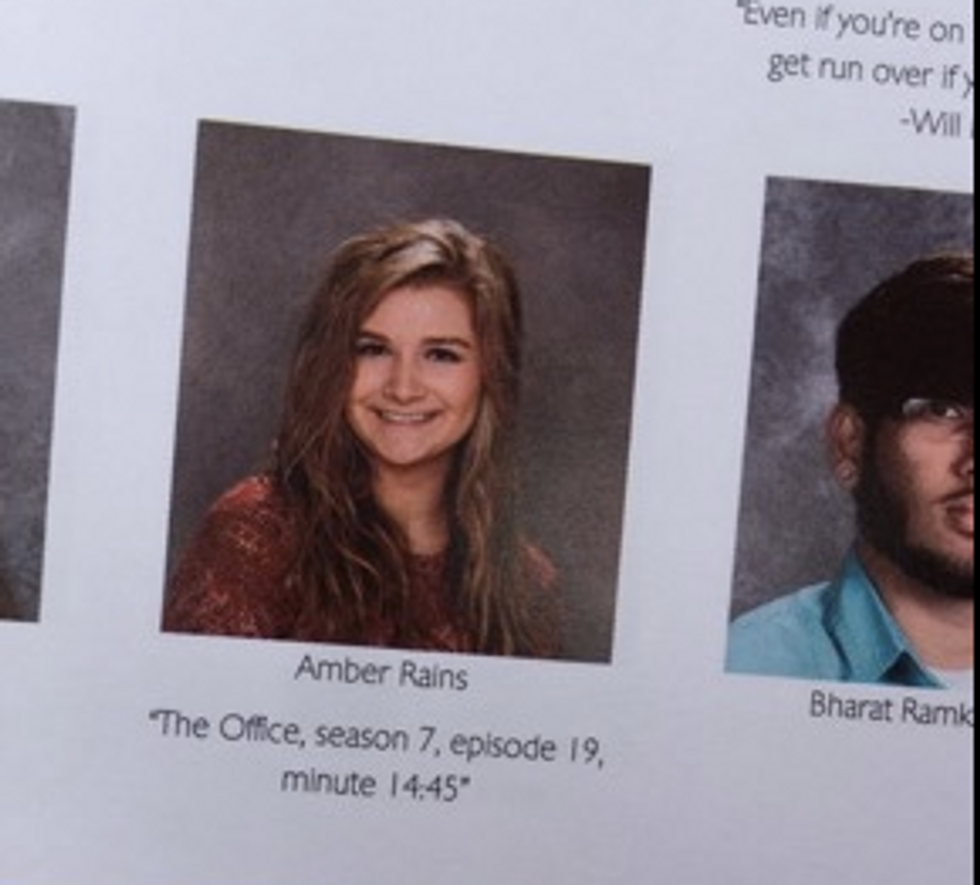 High school seniors get the opportunity to leave their friends, family, and classmates with some lasting words of wisdom via their yearbook quote.

Some are philosophical, some are funny, and some make you do some extra leg work by cracking a code made in reference to a popular sitcom.

That was the case with Amber Rains, a graduating senior whose high school legacy will forever by praised by the internet.

Instead of an actual quote underneath her photo, it simply read: "The Office, season 7, episode 19, minute 14:45". I'll save you some time. The quote, said by Steve Carell's Michael Scott, is: "The full quote, in context: "No, I am not going to be proposed to in the break room. That is not going to be our story. Should have burned this place down when I had a chance."

A snapshot of her yearbook entry made its way to the web, and quickly became viral. Even Amber admitted her rise to internet fame might be her biggest accomplishment yet.

Yes, that's what she said.

The threat of arson is a bit alarming and a tad aggressive, but I think any time you can reference The Office is a pretty big win in my book. And for the record, she didn't actually commit any felonies. Beer me five, Amber.