Climate Change Could Mean the End of Coffee | 22 Words 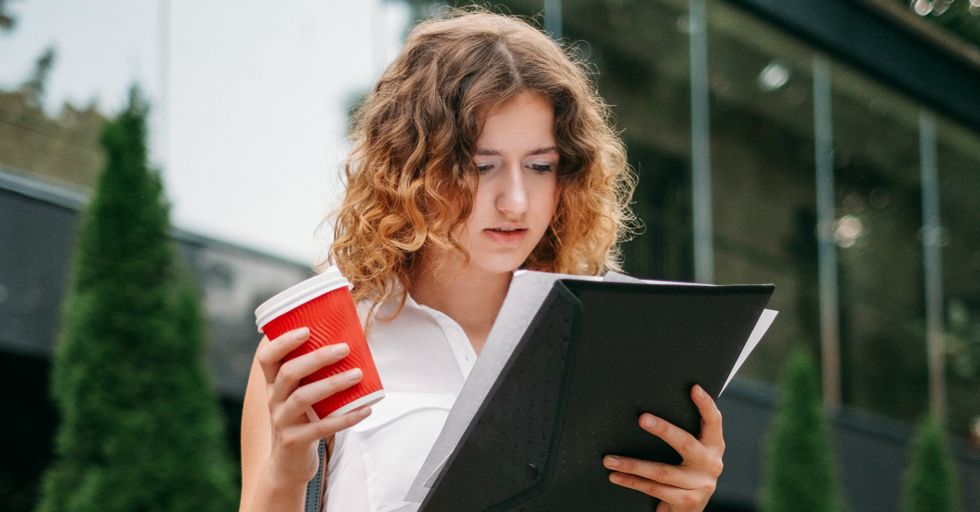 Climate Change Could Mean the End of Coffee

Caffeinated. It's how a lot of us start our day. And in a world that moves a mile a minute, sipping the heavenly delight we call "coffee" and inhaling its comforting aroma and is what gives a jumpstart to otherwise mundane weekdays. Things just go smoother. Traffic's not quite as annoying.

So to imagine a world without coffee is about as alien as casually wearing two left shoes to the office every day.

But that's exactly what some scientists were claiming might happen, if the changing climate negatively impacts areas where coffee beans are grown. For java lovers, this is a terrifying thought, but it's worth a closer look.

It's OK to admit the coffee bean may just be our best friend.

Others may say it's an unhealthy attachment, but to coffee connoisseurs, the bean is king. Threats to its well-being can strike fear into even the staunchest hearts. Without coffee, what will keep our eyelids open? How will we listen to an 8 a.m. lecture on modern-day linguistics and its impact on consumer labeling? Who's going to pick us up when we fall asleep and walk into a wall? All valid concerns.

Coffee and various other commodities were thought to be in peril recently.

As scary as it is to think about precious java being decimated, studies conducted within the last few years hinted toward a reduction or the overall extinction of things like honey bees and coffee beans. Both of these are held in high esteem by humanity, so, naturally, everyone was concerned. A world without honey or coffee would be a sad one, indeed.

Changes in temperature were feared to be delivering a fatal blow to coffee bean crops.

As temperatures are projected to rise over time, and climates move to a slightly more humid state, scientists have been wary about the overall impact on honey bees, which pollinate and help aid in the growth of many different species of plants. Among these, coffee was anticipated to be negatively impacted — or completely destroyed.

The dynamic duo (honey bees and coffee crops) works together to give us what we crave.

Coffee is a self-pollinating plant, but it's well-known that its crops flourish and increase supply when bees are free to move back and forth between the plants. An greater supply of beans means a surge of product at your local grocery store — and lower prices that go with along with that. None of us wants to take out a second mortgage on our home, just to pay for a cup of joe. No matter how much we love it.

The tropics are an area of high concern and a hot spot for research.

While regions all over the world are being studied, there's a lot of focus on crop production in the tropics. Due to the large supply of commercial perishable goods that originate there, scientists have been hard at work trying to calculate exactly how changes in climate will affect coffee bean crops. Up until recently, the predicted impact was thought to be complete devastation and an end to many of these crops entirely.

In an upending turn of events, a new paper published in September in the Proceedings of the National Academy of Sciences of the United States of America (PNAS) sheds groundbreaking light on what was thought to be a hopeless situation. A Smithsonian scientist now says that there is, in fact, a way we can save the bees and the coffee along with them. Yes, it will take some forethought and preparation, but the future might not be as bleak as was once predicted.

David Roubik is an entomologist and senior staff scientist for ecology, behavior, and evolution at the Smithsonian Tropical Research Institute in Panama. He has an intense interest in the plight of both bees and coffee beans. Initial fears about coffee extinction were, Roubik believes, premature, due to new information that's been gathered about different growing regions. He writes:
"Think of a pup tent. The area of the slanted top is a lot more than the base. But the modelers were looking at the area as if it was just the base."

It turns out, tropical bees are extremely resilient.

Initially, it was thought that with the rise in climate temperature, all types of bees would die off, leaving large crops to go without pollination and struggling because of it. Not so, says Roubik. In the paper he co-authored, he states that even if some bee species don't make it, it's projected that at least five others will thrive. The most useful, if dangerous, species will be the Killer Bee.

The key to saving coffee and other commercial crops is good planning.

More specifically, giving bees like the Killer Bee an ideal or close-to-ideal habitat to live in will be essential to ensuring large amounts of pollination on crops like coffee. Roubik thinks that farmers will adapt by planting adequate types of trees in new locations, thereby attracting the necessary little pollinators that tend to flourish in Central and South America.

The emphasis here seems to be that bees and humans will have to work together to adapt to any future climate change. As their surroundings change in temperature, farmers will need to move planting grounds to new spots, and also make sure that proper trees are set up to flourish. As it turns out, bees need a year-round pollination source. Temporarily pollinating crops won't do it, so establishing enough trees is paramount.

We may not have to make the trek through life without coffee, after all.

Roubik's work is just the beginning of understanding how to keep coffee crops thriving — and it's also a beginning full of hope. Hope that no one has to take the freeway without a full mug of French dark roast. Hope that moms everywhere won't need to start their days sipping green tea while navigating the complexities of the school drop-off line. And for that, we tip our hats to the bees and the trees.