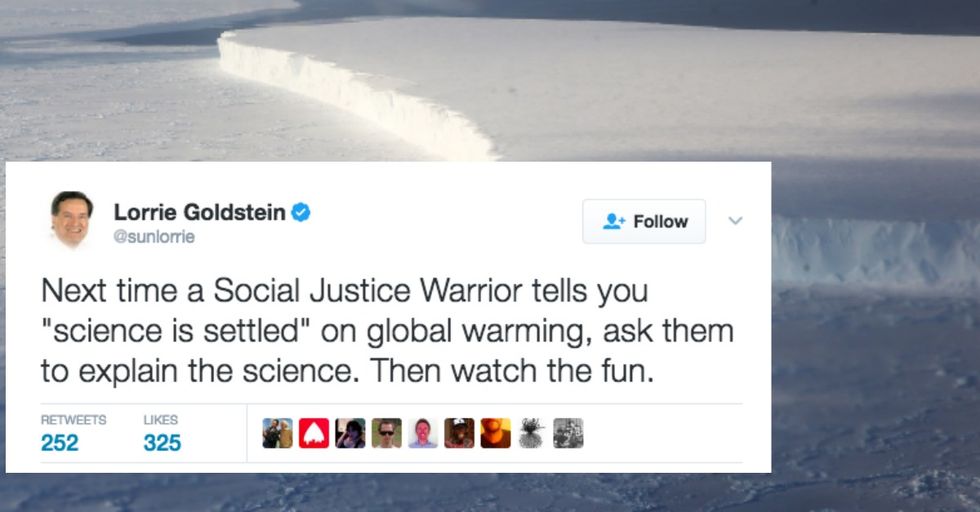 Climate Change Denier Gets TOTALLY Shut Down In Series of Tweets

Despite evidence to the contrary, there are people who believe that climate change isn't really a thing.

One of those people is Lorrie Goldstein, who writes for the daily tabloid the Toronto Sun in Canada, and he thought it was a good idea challenge the science behind climate change and global warming on Twitter.

So he tweeted this out, apparently looking for some "fun."

Because the polar bears don't get great Wifi from the tiny piece of iceberg they have left, Toronto based writer Karen Geier took it upon herself to answer Goldstein's tweet.

Here's how it went down: