Clueless Is Returning to Theaters to Celebrate 25th Anniversary | 22 Words 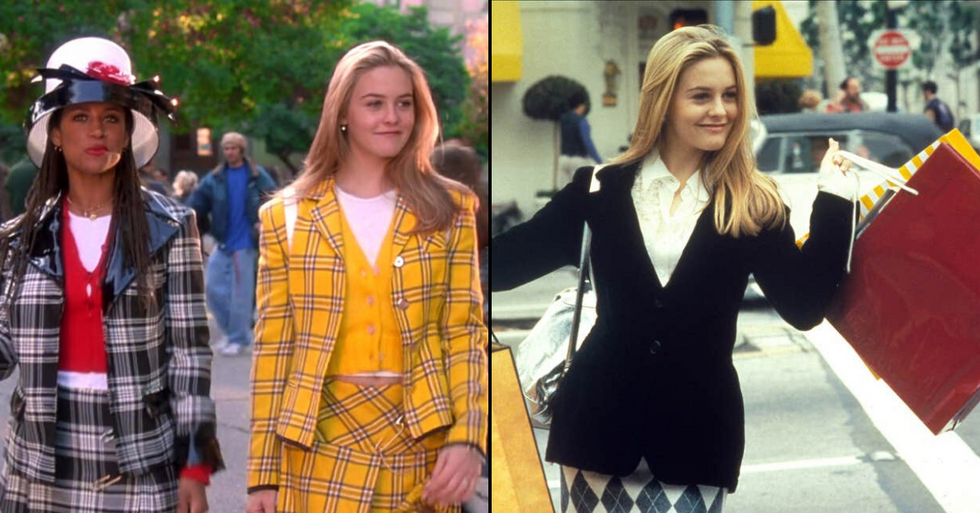 Clueless Is Returning to Theaters to Celebrate 25th Anniversary

For fans of '90s cinema, Clueless is perhaps the best movie out there. And now fans of the movie have been hit with some very exciting news.

Get ready for some hardcore '90s nostalgia, kids. We're about to roll with all those homies - so here's some Clueless trivia to get you started.

Brittany Murphy Was Actually The Virgin Who Couldn’t Drive.

In an ironic turn of events, Brittany Murphy was indeed a virgin sans driver's license whilst filming her iconic, prude-shaming scene. Miss you everyday, boo.

The Golden Girls did a CLUELESS Spoof.

This is not a drill!

Clueless was nearly a Fox Studios film. Fox ended up passing on the idea, though, landing the project with Paramount instead.

Heckerling Completely Made Up Most of the Gang's Slang.

Bettys? Baldwins? Buggin'? As if! Heckerling ingeniously concocted all sorts of phat new slang words for her youthful cast to spew throughout filming. The movie's marketing team even promoted the film with a booklet perfectly titled How to Speak Cluelessly.

She got the role over a lunch. After starring in a few quality Aerosmith music videos.

He auditioned for every single male role in the movie. Even Murray. Dude’s got stamina!

Clueless Nearly Had a Different Title.

Instead of Clueless, Cher and her friends’ classic flick was nearly called Clueless in California. Completely postal.

They Stole Suck and Blow from a real-life party.

While hosting a party full of twenty-somethings for a younger friend, Heckerling observed her guests playing this peculiar game and decided to throw it into the movie.

Heckerling initially tapped '90s starlet Sarah Michelle Geller to play Cher. Geller's schedule was jam-packed with filming All My Children, though, so she passed on the role.

Clueless Was Nearly a TV Show.

The film’s writer-director, Amy Heckerling originally pitched her 90210-esque idea to Fox as a TV show. She called it No Worries.

Is Legally Blonde A Clueless Sequel?

Less fact and more fan theory, some believe that Legally Blonde is actually a Clueless sequel. Both blonde. Both excel in debate. Alright. We see it.

Murray Only Shaved the Top Half of His Head.

During the movie's iconic Valley party scene, the crew only shaved the top part of Donald Faison's head as he still had a few scenes left to film requiring hair. So that's why he wears so many hats.

She was twenty-seven years-old during filming. Plus, she had a six-year-old son. No wonder she seemed so sophisticated.

via: The Daily Beast

She was also a producer on the film.

Clueless is a modern retelling of Emma by Jane Austen. Both comedies of manners center on affluent, motherless young women who use their impeccable social literacy to transform "clueless" nobodies into complete catches.

Years after Clueless, Alicia Silverstone and Jeremy Sisto reunited on the small screen. They played love interests on ABC’s Suburgatory.

That Haitians mispronunciation was an unscripted mistake.

Costumes on a budget.

Freeway scene based on real phobia.

The scene in which Dionne accidentally merges onto the freeway and totally freaks is based on Heckerling’s real-life highway driving fears.

And now for the exciting news!

Because this year, Clueless turns twenty-five. We know, we know - we're old!

And to celebrate the milestone?

The movie is returning to the big screens! This is not a drill!

And it's going to be screening at over six hundred theaters nationwide.

You can check availability and book tickets right here! Fancy more '90s nostalgia? Scroll on for the iconic board game making a comeback ...