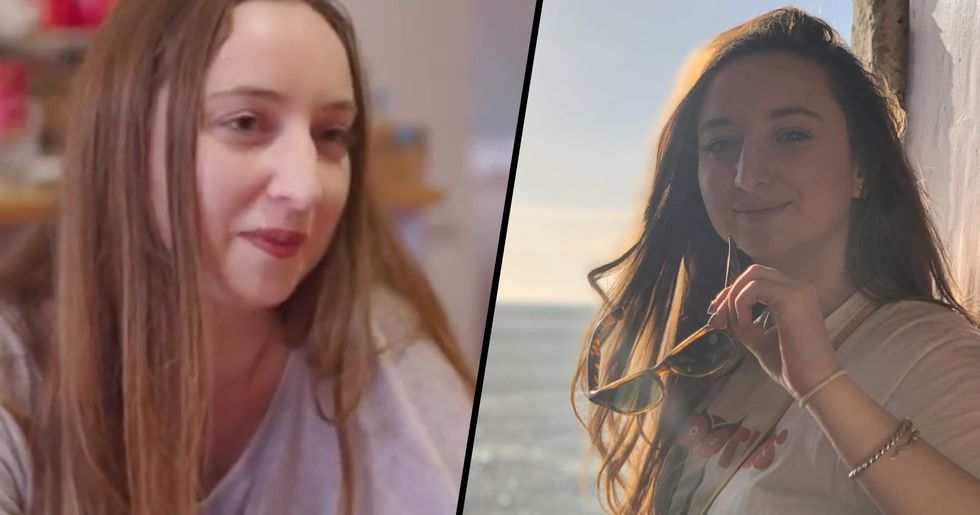 'Clueless' Rich Kid Spends $1,900 on Cabs Every Month and Is 'Scared' of Tap Water

It's no secret that there are people out there with more money than most of us could even comprehend. Some of whom, live in such an isolated bubble, they have absolutely no clue about the real world - making this story not all too surprising. Nadia Nuseibeh, the spoilt daughter of an oil baron, has admitted she thinks nothing of spending nearly $2000 on cabs every month while also bizarrely claiming to be "scared" of tap water.

But, while spending time on the British TV show Rich Kids Go Skint, in which young adults from privileged backgrounds are paired up with families struggling to get by, the spoilt heiress underwent a major reality check for her ludicrous spending habits and utterly entitled attitude.

Keep scrolling to learn the true extent of her lavish life and how she coped with her first taste of the real world.

We all know the saying "money doesn't bring you happiness."

But let's be honest, there quite a few mega-rich folks who are certainly giving it a good go.

Many live a life a million miles away from the real world.

While some self-made millionaires are still able to remain humble, there are some who live in their own bubble and have no clue what it's like for the majority of people living in the real world.

And often they partake in spending habits that are utterly mind-boggling to the rest of us.

Whether it's spending hundreds of dollars on lunch, gambling thousands, or owning an unthinkable number of designer shoes, many have so much money they never have to want for anything.

Being brought up in a mega-rich family can induce entitled and, well, brat-like behavior.

And there's one British girl whose a perfect example of this...

Nadia Nuseibeh is the spoilt daughter of a wealthy self-made oil baron.

The twenty-four-year-old lives in the renowned affluent hub of Knightsbridge in London with her filthy-rich family.

She has no job and lives solely off her parent's money.

The heiress gladly lives off handouts from her multimillionaire parents and expresses no desire to start job hunting any time soon.

The show aims to give entitled, spoilt kids from rich families a much-needed reality check by getting them to move in with a family who is struggling to even put food on the table.

For her stint on the show, Nadia moved in with former drug addict, Natalie Russell, and her 2 sons.

Forty-year-old Natalie works part-time but often her wage doesn't cut it and she makes ends meet through benefits - often ending up in debt just to feed her kids.

While on the show, the extent of Nadia's shocking and damn right ridiculous spending habits were revealed.

And her excessive spending doesn't end there...

Nadia admitted to being able to spend over $500 on drinks at a bar and, unable to cook for herself, sometimes orders food to be delivered up to 4 times per day.

She also claimed to have a fear of drinking tap water.

It's fairly obvious that Nadia truly has no clue about life outside her rich-kid bubble.

But when she moved out of her parent's luxurious Knightsbridge home to move in with struggling mom Natalie...

She had no idea for the reality check she would have. Despite suffering from a back injury, Natalie works tirelessly to provide her sons, ages sixteen and eleven - but relies on benefits to top up her wage.

Nadia was in for a nasty awakening.

She told the show: “I don’t get an allowance from my parents, my mum just gives me money whenever I ask for it." “I am currently unemployed, I am doing nothing, I am running out of things to do."

During her time with Natalie, Nadia learned of the mom-of-2's struggle to get by and the hardships she's overcome.

"I ended up homeless at fifteen," she revealed to Nadia. "And then I ended up in prison. I overdosed at the age of eighteen and when I started to turn things around, I was pregnant with Kaliel and it was so scary for me." She then explained that she turned up to a local charity "bin [trash] bags of things and a little pregnant belly."

During her time with Natalie, the pampered heiress had the shock of her life as she partook in tasks such as cleaning and grocery shopping.

Nadia has grown up with maids and housekeepers who keep on top of household chores. But, while staying with Natalie, she was forced to get stuck into cleaning the house and budgeting for the weekly grocery shop. Natalie is able to spend just $64.80 a week on food for herself and her two sons  - a far cry from Nadia's life on endless takeouts and high-end restaurant trips.

The experience of staying with Natalie saw Nadia admit to living in a "fake La La Land."

Despite coming from completely different worlds, as time went on, the 2 women forged an unlikely bond and friendship - with Nadia opening up about her lavish lifestyle.
"In my world, you have to pretend that everything is perfect all the time and you're laughing and you go for drinks. You're kinda living in this fake perfect La La Land where no one talks about problems or emotional struggles."
"And everything they talk about is the economy or what the next trend is or what restaurant to eat at."

Her problems may be quite different from Natalie's, but Nadia admitted their time together for the show was very "emotional" for her.

As she left the home, Nadia gave Natalie's 2 children sportswear store vouchers worth $130 each, while Natalie was offered $130 cash.
"You're so lovely and kind-hearted and you opened your home to me and it hurts me that someone so amazing as you would go through all of that."
"You really do inspire me."

Her attitude appeared to have changed...

"There are so many people, specifically people that I know, that their problems are nothing. They should be so grateful to have a roof over their heads, a meal on the table, a roof for the night. Nobody talks to you about it, it's all hidden and it's all pretend perfection," she explained.
Speaking about her experience afterward, she added: "It was like an out-of-body experience, so surreal. I didn't think I would get what I did out of it."

But, after the show aired, people were quick to brand Nadia as "clueless."

Looks like, despite what Nadia seemed to have learned from her experience, viewers had zero sympathy.

But most of the comments were commending Natalie for hwo hard she works for her family.

The kids are really well brought up. A credit to their mother. Nadia is funny and down to earth. #richkidsgoskint
— NaimahNotNeymar (@NaimahNotNeymar)1574113083.0

Either way, it's clear that several big lessons were learned from the experience.