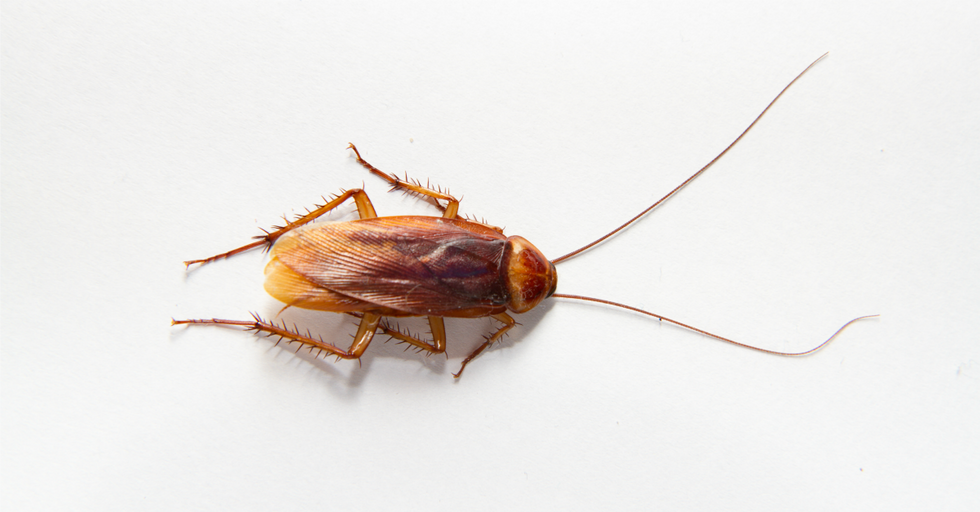 Cockroach Milk Is A Thing — And It's Surprisingly Good For You

Ready for some exciting bug-related news? It was recently discovered that one of your favorite insects can produce "milk", and it's surprisingly nutritious.

So just which bug is overflowing with the white, nutrient-rich liquid?

That's right. Someone actually realized that you can milk cockroaches. If you're not currently eating something, keep scrolling to hear more about the scientific breakthrough.

Cockroaches have been around for a VERY long time.

So long, in fact, that the first reported appearance of them dates all the way back to 320 million years ago. These scrappy little pests have serious staying power, and we're guessing they're not going anywhere anytime soon.

For most people, the discovery of an infestation of cockroaches in one's home leads to an immediate call to the exterminator.

There's something so repulsive about them that just imagining one crawling across your kitchen counter is enough to make your skin crawl. They're also quite hard to get rid of, due to how highly adaptable they are.

So that's why, when a recent report about cockroach "milk" surfaced, people were collectively disgusted.

CNN posted this article to Twitter boasting the newly discovered "superfood". While we're guessing they expected intrigued responses, that was far from what they got.

Several users responded with screenshots of them blocking CNN. Others just voiced their disgust on the new discovery. And can you blame them?

However, getting past the repulsiveness of the study, the information is somewhat amazing.

According to CNN, "the insect milk may someday be transformed into a food supplement worthy of human consumption, new research indicates." Could you imagine drinking that stuff? Stay with us, we'll explain...

It goes on to say that the Pacific Beetle Cockroach, in particular, is what feeds its offspring an insanely nutritious concoction.

The formula, which researchers discovered as crystals within the roach's stomach, is packed with protein, fat, and sugar. In theory, it could be the next big thing to hit the health food scene.

Although calling it "milk" is a bit of a stretch.

"Any liquid harvested from a cockroach is not true milk. At least not as we think of it," said Becky Facer, director of school and educator programs at Fernbank Museum of Natural History in Atlanta. Um, yeah. That seems pretty obvious.

Leonard Chavas, one of the scientists behind the research, explained how exactly the baby cockroaches use the formula.

"The protein crystals are milk for the cockroach infant. It is important for its growth and development," Chavas said. He then went on to explain that these crystals have as much as three times as much energy of the same amount of buffalo milk. It also boasts four times as much as an equivalent amount of cow's milk.

"The interest here was, what is it really made of?" added Chavas.

I think that's something we'd all like to know the answer of. I mean, if we're going to be drinking the stuff, we should probably know what it is. The protein-rich liquid is secreted by the cockroach's brood sac, which is the roach version of a human uterus.

After the baby cockroach ingests the secretion, it starts to develop protein crystals within its stomach.

Chavas and his colleagues were able to remove one of these crystals to in order to learn more about the protein and other nutrient content.

"It is what one would need: protein, essential amino acids, lipids, and sugars," he said.

So how do the crystals go from within the embryo's gut to mass human consumption?

Chavas explained that he and his research team and looking to find a way of reverse bioengineering the cockroach "milk".

However, in order to do that they must first figure out the exact biological and chemical mechanisms involved in the process.

"For now, we are trying to understand how to control this phenomena in a much easier way, to bring it to mass production," Chavas said.

And just what does this roach juice taste like?

He even imagined an ice cream made of the roach "milk", and described it as "a flavor with honey and crispy pieces."

Yum? While the thought of drinking something that came from a cockroach sounds like the last thing we'd ever want to do, consider the roach itself. It's survived for millions of years. Maybe taking a page out of their resilient book wouldn't be such a bad idea.