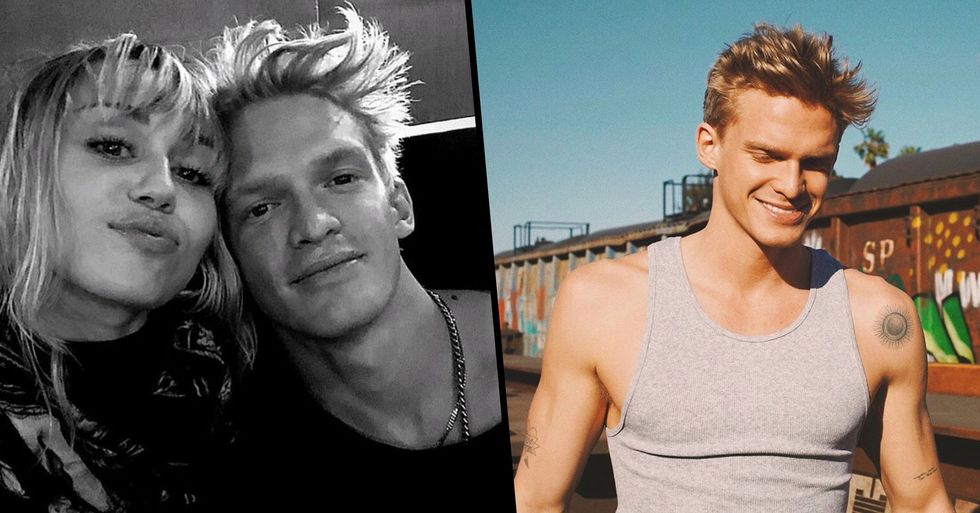 Miley's had a whirlwind couple of months. First, fans were freaking out after photos of the star looking worryingly skinny emerged. Then, Miley was caught making out with Cody Simpson. Then she confirmed that he is, in fact, her boyfriend. Then she was hospitalized with Cody rushing to her side, and she cut her hair into a mullet (check that out at the end). Oh, and she's been going through a highly publicized breakup from her husband, Liam Hemsworth, on top of all this.

But now it seems Miley's latest love is as ill-fated as her last. According to Page Six, new boo Cody Simpson has been spotted cheating on Miley with multiple women at an exclusive NYC lounge. Yikes.

But now, it seems there's trouble in paradise for Miley once more.

As some reports have come out about her new "BF" Cody Simpson - and we can't imagine Miley will be very pleased.

This week, Cody was partying in NYC.

And while he was out and about, he was spotted in some pretty questionable situations.

“He was drinking and flirting with girls," said a source.

And even worse? Page Six reports that "he was texting Miley while there."

The source went on, “He was with all these girls and one was almost fainting, and he kissed her on the lips with no tongue."

This can't be easy for Miley to hear!

We hope these 2 can work it out in time for Christmas! Fancy more Miley controversy? Scroll on for her latest (and slightly strange) haircut choice.