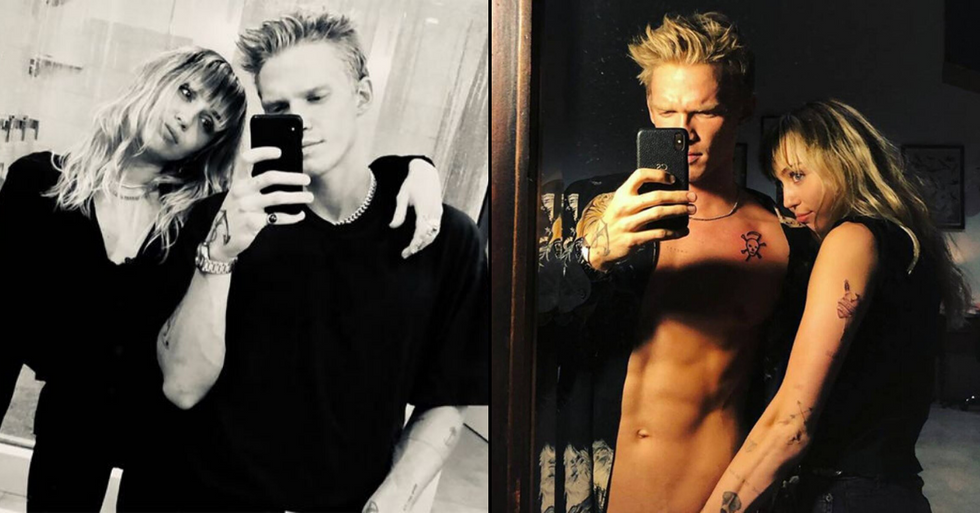 Miley had a whirlwind 2019. First, fans were freaking out after photos of the star looking worryingly skinny emerged. Then, Miley was caught making out with Cody Simpson. Then she confirmed that he is, in fact, her boyfriend. Then she was hospitalized with Cody rushing to her side, and she cut her hair into a mullet (check that out at the end). And then the rumors started to circulate about pregnancy...

Came when it seemed as though BF Cody Simpson had suggested some big news for the pair - of the baby variety...

And since then fans have been speculating on the possibility of a mini Cyrus.

But, Cody has now responded to the pregnancy rumors.

Speaking out to deny the rumors, Cody said: "Oh yeah! I've been pregnant for years apparently..."

"You've just got to take [the rumours] in your stride and what I try to do is focus on my work and what's important to me".

"For me, that's my work and my music," Cosmpolitan reported.

So that puts the speculation to bed, looks like there won't be any mini Cyrus's just yet.