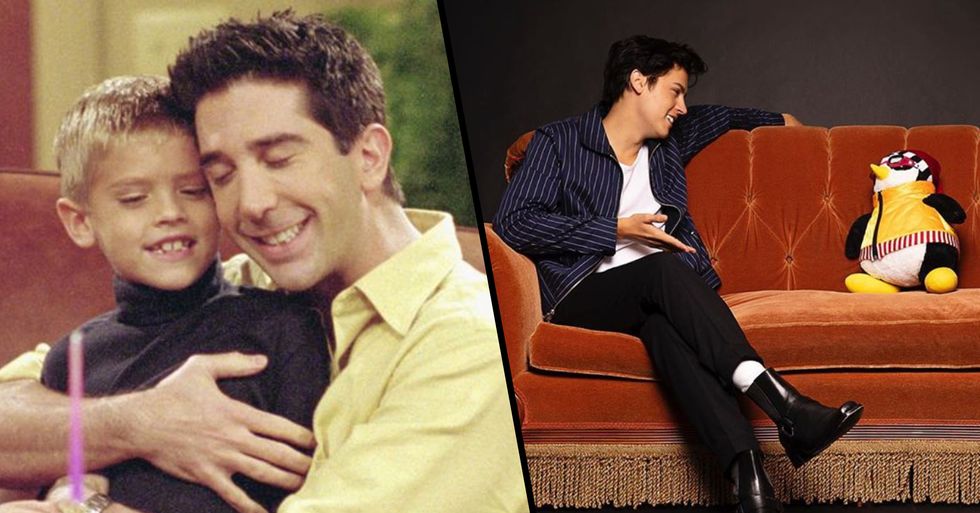 Anyone who is anyone loves Friends... Even those who claim that they've never watched it or simply don't enjoy it. Yes, you have watched it, and yes you do enjoy it.

But it seems as if they're taking things to another level by reprising original cast members... Keep scrolling to see how Cole Sprouse announced his return.

The Friends special will likely be one of the main attractions. Fingers crossed the reunion is well underway!

And now the cast have confirmed it!

All of the cast have posted on Instagram confirming the news and we are beyond excited!

And apart from the original cast making their return, other iconic cast members are also hopping on the bandwagon.

Riverdale's Cole Sprouse is making his return alongside the original cast as he reprises his role as Ben Geller.

The official Friends Instagram posted this picture and that's all it took.

Fans exploded as they realized that Cole Sprouse would be playing a grown-up Ben Geller in this new revival. And I mean, look how adorable he looks with Hugsy the penguin!

We're in for a treat, guys!

Keep your eye on the account over the next few weeks, as we're sure that it will hopefully be releasing some more clues as to what's in store for us. If you're in the mood to get into the Friends spirit, then keep scrolling to find out about this game...