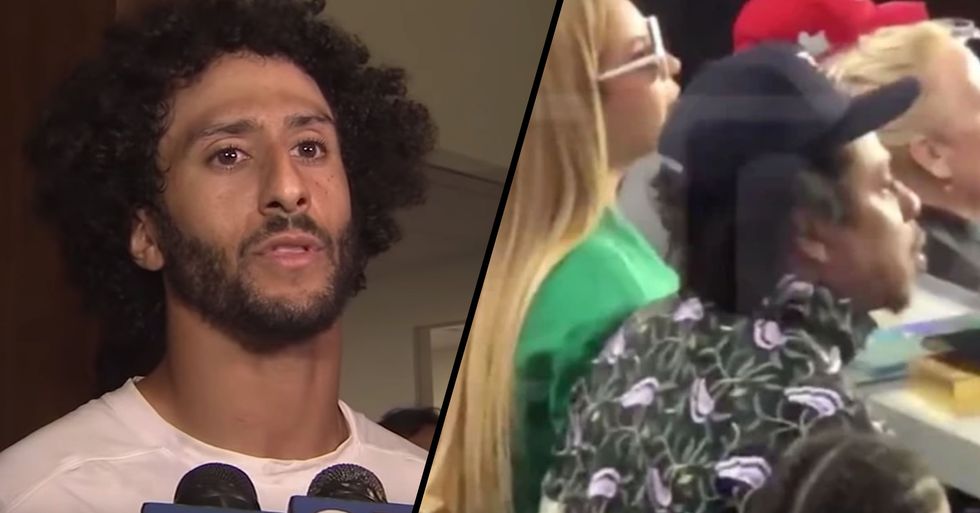 In September 2016, San Fransico 49'ers' quarterback, Colin Kaepernick, caught the media's attention after he was seen kneeling during the National Anthem. Kaepernick, who has now quit the NFL in favor of his political stance, refused to stand during the anthem because of his views on the country’s treatment of racial minorities.

And this has become such an important issue that artists have even turned down the opportunity to perform at the Super Bowl in support of him. However, Beyonce and Jay Z went one step further last night at the game.

Keep scrolling to find out what Kaepernick has to say about the whole thing...

And the one celebrity to express her support...

Is none other than the pop legend, Rihanna.

Rihanna has famously turned down the Super Bowl performance...

And it seems as if the latest celebrities to jump on the bandwagon of support are none other than Beyonce and Jay Z.

At this year's Super Bowl the iconic couple were seen to be sat while Demi Lovato belted out the national anthem and obviously that didn't sit well with a lot of people.

This prompted a response from none other than Colin Kaepernick.

He took to Instagram and posted a snapshot of a story reporting on the fact that they were both sat down, writing "I thought we were 'past kneeling' tho."

This comes after Jay Z said those words to Kaepernick last year.

However, Jay Z did agree that Kaepernick "had been done wrong" and maybe this was the couple's way of standing with him as opposed to against him? So far, neither Beyonce nor Jay Z have spoken out about the issue. If you want to read more about the iconic moments that took place at this year's Super Bowl, then keep scrolling.