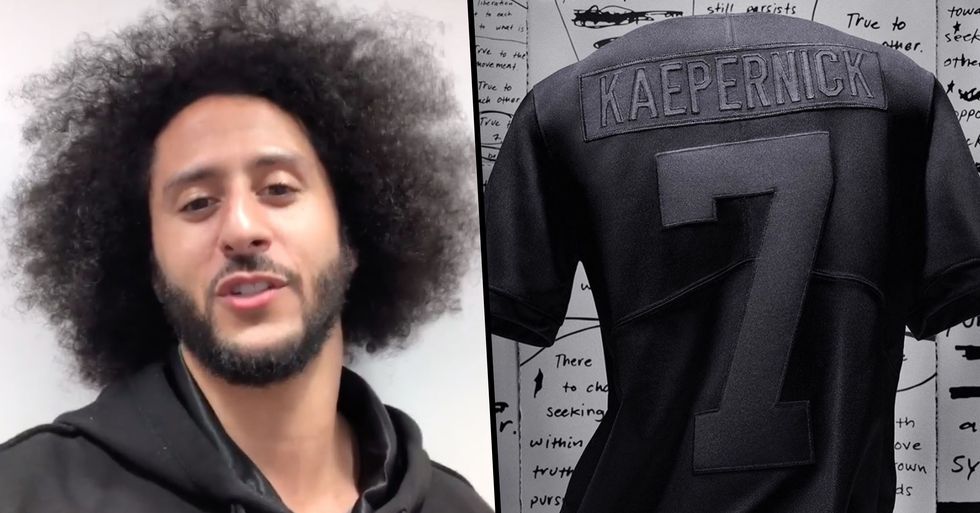 In September 2016, Colin Kaepernick's career took a drastic turn after he was seen kneeling during the National Anthem. This year, despite his chances of playing in the NFL being rather slim, it looks like he's doing pretty well off the field...

Colin Kaepernick has been in high demand off the field recently...

Especially when it comes to his new Nike collaboration.

Although he still hasn't received a single offer from any NFL club...

Kaepernick is now part of something much "greater than football..."

And he has had had a flurry of support from thousands of people all over the world...

Which is clearly growing, as Nike's latest collaboration with Kaepernick sold out instantly.

Although fans hardly got a chance to put it in their cart before they all sold out.

The jersey is called the icon 2.0 and has been brought out to mark 4 years since Kaepernick's demonstration in the NFL.

It might look somewhat familiar to sports fans, and LeBron James wore the "triple back" to a game just last week!

Nike was selling the jersey for $150, which might sound expensive...

But after flying off the shelves, they were being resold for more than double that price!

This isn't unusual and has in fact happened with other Colin Kaepernick collaborations, such as the Air Force 1 sneakers back in 2019.

"Since then, the number 7 jersey has become a symbol for advancing the liberation and well-being of Black & Brown communities. Thank you for staying True."

Kaepernick has since been named the top free-agent QB in the Madden 2021 video game.

Let's just hope he can get back on the field soon!

Keep scrolling for more on Kaepernick, and his "fake interest" from teams...