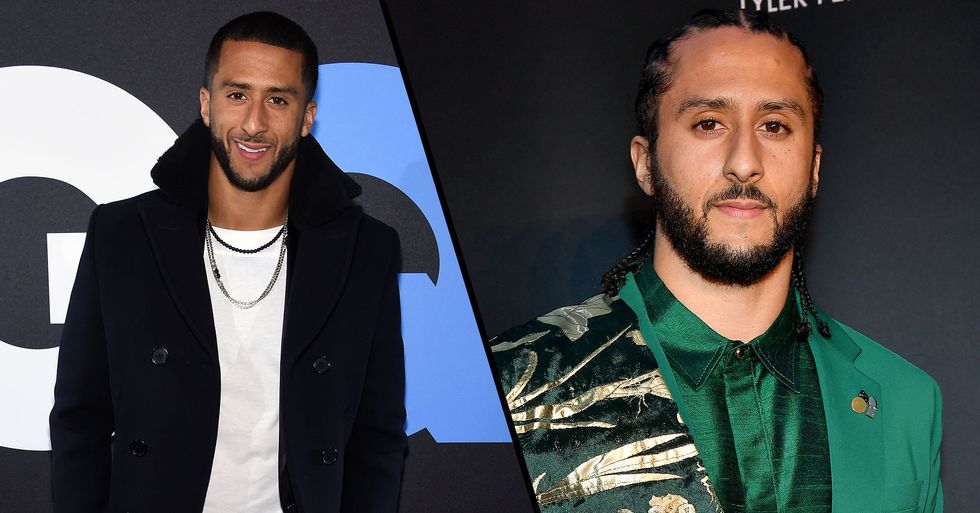 Keep scrolling yo find out how Kaepernick spent his Super Bowl this year...

One of his biggest vocal supporters is none other than Rihanna.

She took her support beyond just voicing her opinion.

And as Super Bowl 2020 took place this Sunday, Kaepernick decided to spend the day in a productive way.

Because he doesn't have to spend the day playing football anymore, the quarterback decided he would put himself to good use by giving back to the community.

He spent his day handing out meals and suits to those who needed them...

On Sunday, Kaepernick went to the Schomburg Center for Research in Black Culture in Harlem and spent time touring the building and learning about the work that goes on.

He then went to the SCO Family Shelter in Jamaica, Queens and handed out 100 suits to 100 men. He even went as far as helping some of them put the suits on.

And his last stop was at a meal shelter.

With some help from the LES Girls Club and Know Your Rights volunteers, he prepped and handed out meals to those less fortunate. He's using his time to spread love and joy, and that's why we support him. If you want to read more about last night's Super Bowl, keep scrolling.