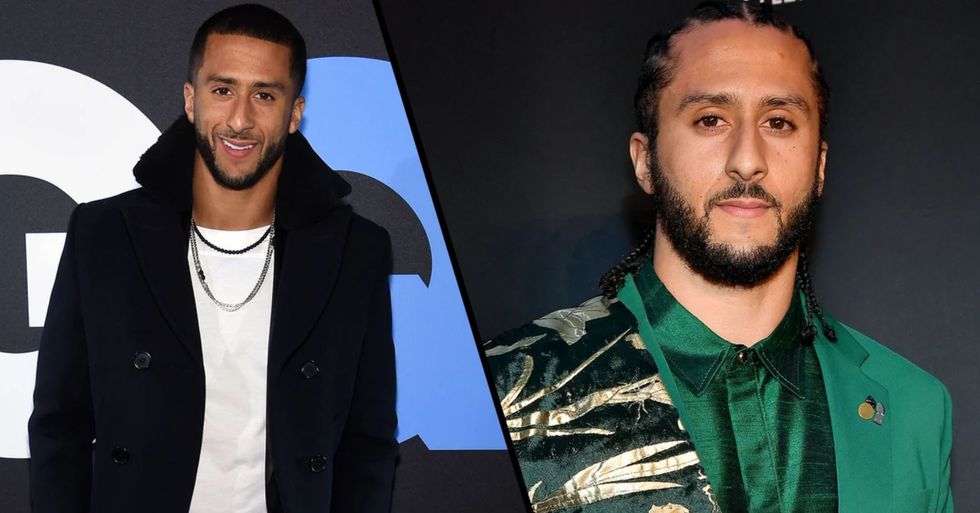 Keep scrolling to find out why he is writing a memoir on the national anthem protest.

And as Super Bowl 2020 took place this Sunday, Kaepernick decided to spend the day in a productive way.

Because he doesn't have to spend the day playing football anymore, the quarterback decided he would put himself to good use by giving back to the community. He spent the day serving meals and giving clothing to the needy.

The NFL quarterback has announced he's writing a book.

The memoir will be all about his social activism, and why he chose not to kneel.

His demonstration in 2016 got people talking.

His aim was to spread light on police brutality and racial inequality.

Kaepernick Publishing is his new endeavor, with him detailing his experiences in his new book.

Kap says: "My protest was the culmination of years of thought and experiences, of learning and unlearning,"

Kap wants to release an audio version of his book.

Proud to announce our multi-project deal with Colin Kaepernick (@Kaepernick7) and @KaepernickPub, including the Onl… https://t.co/VFwypeHB5b
— Audible (@Audible)1581595164.0

He's even teaming up with Audible! "I want to tell the story of my evolution, and the events that led me to protest systemic oppression, in hopes that it will inspire others to rise in action."

Kap isn't done with football just yet though, he is still staying in shape in case the game comes calling.

Every attempt by the @NFL to rehabilitate its image among Black viewers will ring hollow as long as Kaepernick is s… https://t.co/xsS6cbXJlQ
— Rashad Robinson (@Rashad Robinson)1580687100.0

He said: "I am excited that through this groundbreaking partnership between Kaepernick Publishing and Audible, we can elevate black and brown voices who can empower future generations." We wish him well for his new adventure.