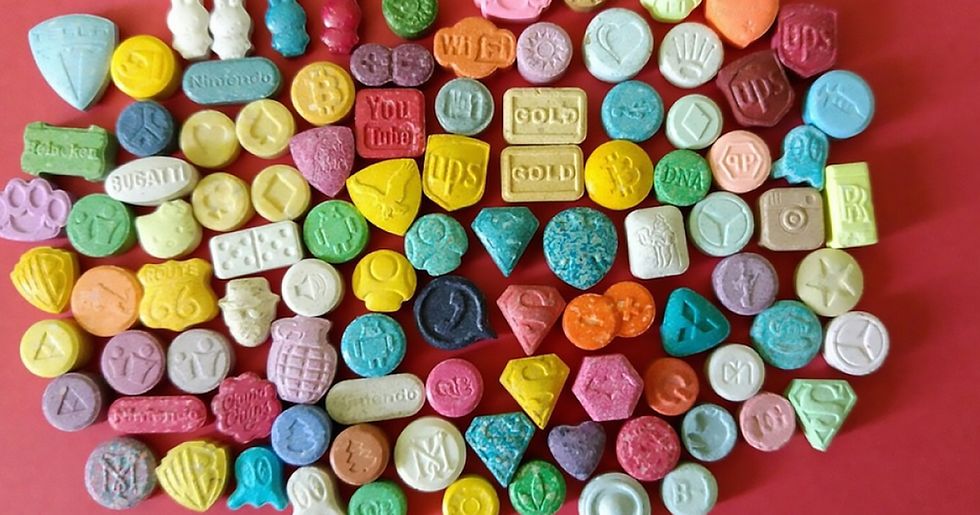 College Professor Who Taught His Students How to Make Ecstasy Arrested

College can be a wonderful time in any student's life. For most college students, it's their first time living away from their family and getting a sense of independence. College is also a great time for someone to grow and experience new things...which probably includes a bit of experimentation. The trope of a wild college student is in tons of movies, books, and TV shows. The bookish high school student turned absolute rager once in college is something that's shown all the time in pop culture.

But what about when it comes to college professors?

Usually, when one thinks of college or university professors, an image of an academic wearing a sweater and thick-rimmed glasses pops into the mind. Who else always assumed college professors looked like the teachers at Hogwarts?

One college professor in Japan is being likened to Breaking Bad's Walter White, and for good reason. This professor allegedly taught his students how to make ecstasy. Keep reading to find out exactly what went down.

College is a great time for many people.

For some, it's the first time they're actually away from their parents and living on their own.

Even though living in a dorm is anything but glamorous, it's still exciting.

There's so much opportunity for growth in college. It's four years of your life that you'll likely never forget.

College can be a time to figure out who you are.

It also teaches you accountability. There's no longer a parent knocking on your bedroom door, telling you to get up for school.

If you don't go to class in college, nobody is coming to find you and ask you where you were.

Which can be a downfall for many. College teaches you how to be responsible and actually show up, so you don't flunk out.

Some people meet their best friends in college.

Or they meet the love of their life... Who knew college could be such a romantic setting?

College parties are depicted as ragers in movies and TV shows. And honestly? A real college party isn't that different.

They're mostly sloppy, smelly and wild.

A lot of people look back on their college years as their "wild years."

But there's obviously a lot more to college than just partying.

There's the personal growth that you have in college.

You learn a lot about yourself in college - both good and bad. It's an interesting time and can really help you get to know yourself.

Your education is obviously a major part of the college experience.

Your professors can inspire, motivate and mentor you.

Or, in the case of one Japanese professor, can teach you how to make drugs.

Yes, you read that correctly. A Japanese college professor allegedly taught his students how to make ecstasy.

This sounds all sorts of sketchy.

But it's 2019, and all sorts of strange stuff is happening.

The Guardian reported that science professor Tatsunori Iwamura apparently admitted that he taught the students in his pharmaceutical class how to make illegal drugs.

He could face up to 10 years in prison.

But this isn't a TV show. This is real life.

The 61-year-old professor allegedly taught his students how to make ecstasy in order to  “further their knowledge" of pharmaceuticals, The Guardian reports.

Talk about a hands-on approach to teaching...

The Matsuyama University professor allegedly admitted to instructing his students to make MDMA - also known as ecstasy. He also taught them how to make "designer drug" 5F-QUPIC.

Now, if you want to teach your students how to make illegal drugs, you need to ask permission first.

According to The Guardian, Japanese law requires researchers to first get a license from regional authorities in order to make illegal substances for an academic purpose.

Kyodo news agency reported that Iwamura did have a license that was issued by the local government, but it had expired.

If you're going to teach your college students how to make MDMA, at least make sure you're doing it the right way?

The Guardian reports that authorities believe 11 students made the drug under the instruction of Iwamura.

The university plans to take action.

The university says that they will discipline both Iwamura and an assistant professor once the investigation concludes.

Parents were apparently upset at the situation.

"We sincerely apologize for causing serious concern to students and their parents," said the university's president, Tatsuya Mizogami.

But they reportedly did not find any ecstasy when they searched the professor's home and laboratory.

They did find something, though.

Drug enforcement officers found traces of 5F-QUPIC, which is a cannabis-like substance. It was banned in Japan back in 2014 because it was suspected of causing road accidents.

People, predictably, had a lot of thoughts about this story.

Some people wish they had this professor in college.

Others shared their own stories of strange professors.

@guardian Our guidance teacher photocopied the page out a mushroom book so we would know which mushies to “avoid”.… https://t.co/Y4yuNLSzUK
— doofdoofdoof (@doofdoofdoof)1555502606.0

This is certainly one way to look out for your students...

Others compared him to Walter White.

It's a real-life Breaking Bad episode.

Others joked about the situation.

That definitely is one way to try and get in the good graces of your students...

Walter White jokes aside, the situation has serious consequences.

The university is reportedly trying to think of ways to avoid similar situations in the future.

This is definitely a strange situation.

College professors are typically not the first people you think of when it comes to making illegal drugs...

The entire ordeal does sound like the plotline to a TV episode or movie.

Will this situation inspire another Breaking Bad spin-off? Only time will tell...