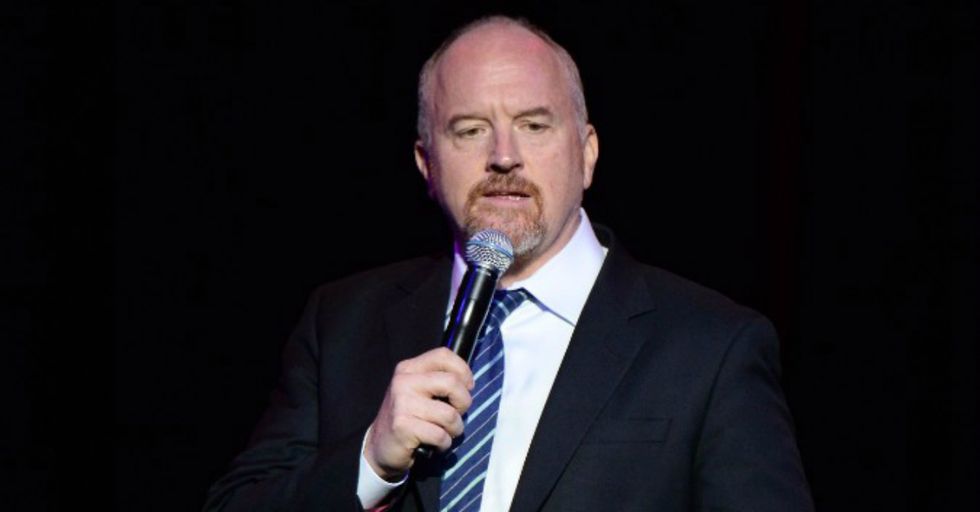 Comedian Louis C.K. Has Just Been Accused of Sexual Abuse by Five Women

At this point, it's really getting exhausting. It seems we can't go one day without news of more allegations of sexual harassment or assault within a variety of industries. It started with an exposé by the New York Times about movie producer Harvey Weinstein and his abominable decades-long habit of sexually harassing and abusing women. From there, it spiraled. James Toback, Kevin Spacey, Dustin Hoffman, Brett Ratner — the list continues.

Now, there's a new name to add to it: comedian Louis C.K.

The New York Times just published another exposé revealing the true nature of one of the entertainment industry's biggest names.

That's not the only time C.K. tried that particular move.

These rumors have been swirling around C.K. for years, but now, the landscape has changed, and women are coming forward with specifics.

It seems as if the allegations against Harvey Weinstein have had far-reaching effects throughout the entertainment industry — and the world. After Weinstein's actions were revealed to the public, the #MeToo campaign took over Twitter and victims of sexual harassment and assault stepped forward with their own stories. C.K. is finally seeing some consequences for his actions. Earlier today, it was announced that the premiere for his new film, I Love You, Daddy was canceled in anticipation of the New York Times' exposé. We have a feeling this is just the beginning of the bad news for Louis C.K. Good.