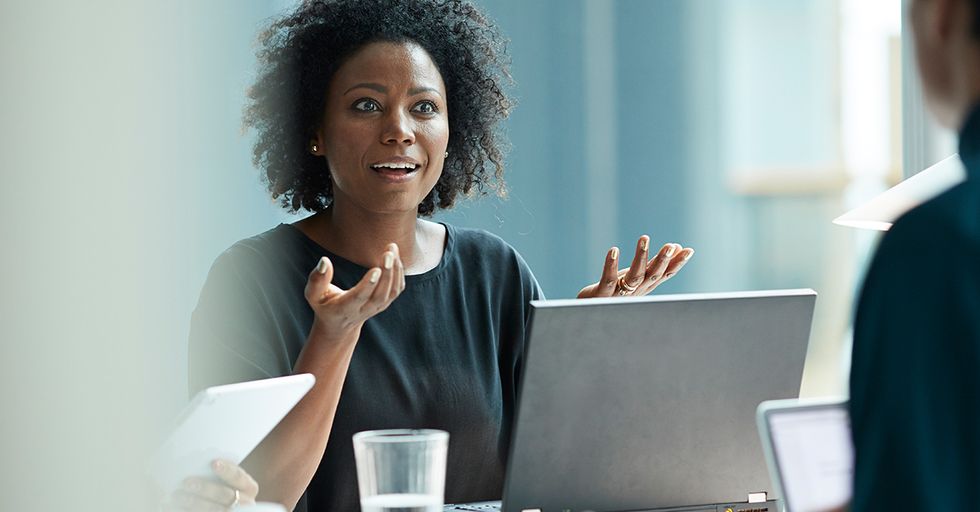 Ready to have the rug pulled out from under you? Because sometimes, we hear something often enough that we just accept it as a fact! But actually, there are probably a whole bunch of things you think are true, that really isn't. That's right: sometimes common knowledge turns out to be completely false.

In this list, you'll discover that some assumptions about the human body are way off the mark and that there's a whole host of nature "trivia" in need of correction. Did you know that most special effects are really inaccurate in one particular respect? Plus, there are some health "facts" that need clearing up. Turns out, facts can be a little more obscure than you'd think.

So check out these bits of common knowledge that are actually false!

Those are gasoline explosions that look good on camera, so they're used in movies. Most explosions are just concussive force and shrapnel.

Next time you watch a "wartime" movie, you'll know the truth!

This bugs me a ton in movies. Like when movie marines are clearing a building and they yell frag out and there’s a huge fiery explosion. The real grenades that are used to clear buildings don’t even fragment, it’s just a big albeit lethal pressure wave. -notgivinganemail

There's no cure for split ends.

Haircare products can't "fix" your split ends; they can prevent damage from happening and make the hair appear repaired to the naked eye, but only a regular haircut will get rid of already-formed split ends.

Ostriches don’t stick their heads in the sand when they’re scared, they are just looking for food. -Evan-UgLee

Yeah, that's not how hair works.

The idea that shaving your hair makes it grow back thicker. It doesn't. -ZanyDelaney

If this were true, all balding men would shave their heads over and over until the hair was so thick they could let it grow into something that no longer needed a combover. -the-magnificunt

Here's how you're actually supposed to deal with a nosebleed:

You actually have to lean forward when you have a nosebleed, not backward. (and pinch your nostrils together just below the bony part). -Juuluwuul

Also, don't pinch the BRIDGE of your nose. Stick to the nostril.

Also, the trick is to pinch your nostrils together because there's a blood vessel in there.

I grew up pinching the spine of my nose, but I mean, come on. That's just cartilage. How the heck would it help to pinch cartilage?

The first time I tried pinching my nostrils it felt wrong, even stressful like my nose would fill with blood. But within seconds you can feel the difference by cutting off the blood vessel, and that allows the blood to clot.

In fact, wolves aren't so different from us humans! Their packs are actually structured more like families, and there are no dead-set ranks. Adults are in charge of the pups, and then when pups grow up and start their own families there's no ensuing fight for dominance. Basically, wolf families are very social with one another and if there's a fight, it's situational!

"If you touch a baby bird, the mom bird will smell you and abandon the baby."

Most birds have a very poor sense of smell. They do, however, have excellent eyesight. They won't approach their baby until they feel that you're far enough from them to safely approach their baby. They'll continue to feed their babies even if you have touched it.

"Blood is blue when it's not oxygenated"

It's literally only blue on the anatomy charts so you can tell which way they're flowing.

That Napoleon was short. He was around 5’6" or 5’7" which was actually above average for Frenchmen of the time. -Alexeidh If only someone had told him that!

You've heard of the brain's left and right cerebral hemispheres, right? Well, it's true that some mental functions tend to activate one part of the brain more than the other, but that doesn't mean they're restricted to that hemisphere. In fact, in cases of brain damage to one hemisphere at an early age, the other half often adapts and recovers those abilities in full!

Also: we don't eat 8 spiders in our sleep per year.

Yup, statistical error. The average person eats 0 spiders per year. Spiders Georg, who lives in a cave & eats over 10,000 each day, is an outlier and should not have been counted. -CoveredinGlobsters

You can wake a sleepwalker without harming them.

Because actually, waking a sleepwalker doesn't harm them in any way. Yes, they'll be confused and disoriented, but nothing worse than that will happen. In fact, waking them is a better alternative than having them keep walking around and possibly tripping over something!

It doesn't take a whole 24 hours to be declared a "missing person."

If there's evidence of violence or an unusual absence, police begin an investigation immediately; even if there's no evidence, the police will still make a report and try to contact the person! Any police force will tell you that it's better safe than sorry. The UK government's website literally spells it out in huge letters: "You don't have to wait 24 hours before contacting the police."

The idea that you will catch a cold if you go outside without a sweater/jacket and it is cold out - there is no evidence to suggest this is true and has been proven false in multiple studies. In fact one of the only reasons the number of people catching a common cold tends to go up when the temperature drops are because people avoid going outside and are inside more often surrounded by people any one of which might have that cold and be spreading it. -Canadaehbahd

People don't only use 10% of their brains.

Yeah, we actually use more of our brains than that--it's true that a minority of neurons in the brain are firing at a time, but there's more going on than that! The misconception was intended as a metaphor and grew from there.

Life expectancy doesn't quite work the way you think.

The idea that everyone in "olden times" dropped dead at 35 and that someone living to 50 was considered "old".

That's simply not what "average life span" means. That's not how averages work.

Here's what it REALLY means.

This is a good one. Those low life expectancy numbers were the result of high infant mortality. People would have ten kids in the hopes maybe 2 or 3 would survive to adulthood. Those that survived childhood stood a good chance of living into their 60s or even 70s. It was all the babies dying that drags the average down.

Twinkies DO NOT last forever.

They've got a shelf life of about 45 days and rarely remain on a grocery store shelf for more than 10. Please don't eat your year-old Twinkies, guys.

Chewing gum doesn't linger in your system for years.

Don't worry; that bubblegum you accidentally swallowed isn't just hanging out in your digestive tract like a menace. Gum largely isn't digestible so it passes right through the digestive system at the same speed as anything else!

The truth about those Daddy Longlegs "spiders" we always see!

"Daddy Longlegs are the most poisonous spiders in the world but their teeth are too small to bite you."

Daddy Longlegs are not spiders. Venom & poison are not the same things. They have a mild venom & are physically capable of biting humans.

Some knowledge from the film industry:

Nobody on film sets says "Lights, Camera, Action." You'd get kicked off so quickly if you said anything like that. The commands go like this:

Stretching helps, but not the way you think.

Stretching before exercise won't stop you from having sore muscles after. Sorry, muscle soreness is just a thing we have to deal with sometimes!

People using a tun of hand sanitizer during flu season. Having those little key chains of it hanging on kid's backpacks. It kills bacteria, not viruses! You're way better off washing your hands. -swanish365

Studies have proven that sugar doesn't really cause hyperactivity in children, so the next time you see a children's birthday party, know that the cake isn't to blame for the craziness!

You don't need to drink 8 cups of water, you need 8 cups' WORTH of water in your diet.

"You are supposed to drink 8 cups of water a day." That knowledge was based on a study done in the 1800s I think. Literally two sentences down that same report, it said that most of the water you get is from eating food, so you don't actually need to drink 8 cups a day. -shyamgovani

You CAN swim after you eat.

Going swimming immediately after eating doesn't actually increase your risk of muscle cramps and drowning. So knock yourself out at the next pool party!

The truth about leasing cars:

"Leasing a car costs less as you never have to pay for service."

No, I've worked in the auto industry for over 15 years. Leasing a car is like renting an apartment, you are constantly spending money. I bought my last car used a year old, with the warranty still on it. It lasted me 10 years. 5 of those with no car note.

In those 5 years, I did not pay more in service charges than I would have if I was leasing. I saved a ton of money in fact.

Leasing only makes sense if you have the disposable income that it really doesn't matter to you. Most people don't have that kind of income though.

Carrots help you see in the dark.

Whilst this WWII myth has been largely debunked it still survives to this day.

It was originally a combination of two things, encouraging the British to grow more vegetables at home to ease pressure on imports and the merchant navy. Also, it was used to cover up the early successes of AI (radar) and in particular a night fighter ace John Cunningham, mentioning in a feature that he ate a lot of carrots.

People figured out the Earth was round a LONG time ago.

Medieval Europeans didn't think the Earth was flat; scholars figured out the Earth's spherical nature sometime around 500 B.C.! Protestants actually came up with the "flat Earth" lie around 1600 to argue against Catholic teachings. And unfortunately, that myth persists among some people even today.

The Declaration of Independence wasn't signed on the 4th of July.

That's right! The vote to declare independence was held on July 2; July 4 marked the Congress approving the document's final language, and it wasn't officially signed until August 2.

Humans have more than 5 senses.

With all the categories these days, humans have more like 20 different senses! The classic 5 are the ones originally identified by Aristotle--naturally, we've classified a few more since then. Keep reading for true facts so crazy they sound false that are definitely true!