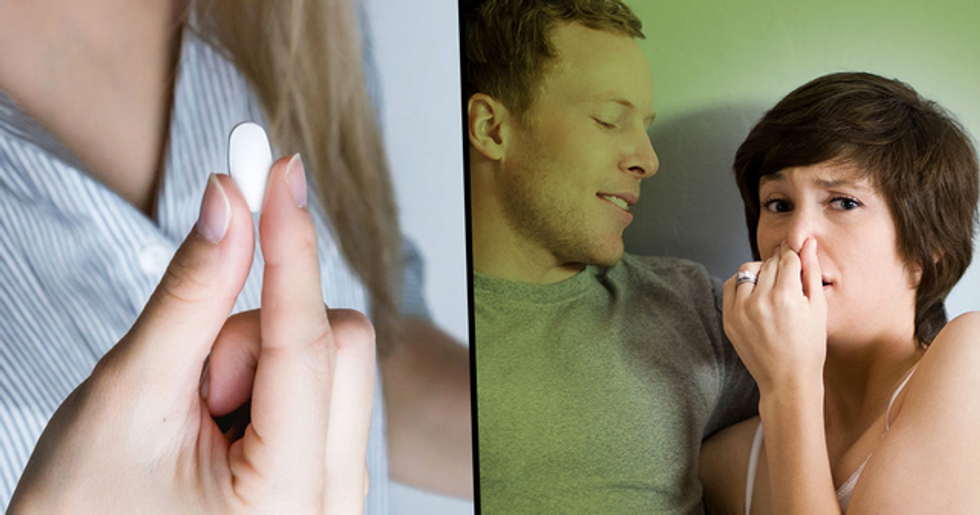 Everyone knows someone who consistently produces a particularly noxious gas. And, in spite of the fact that it can place a certain strain on relationships, we've always assumed that it's just something we have to grin and bear - until now.

A French company has come up with an innovative solution to your fart-woes, in the form of (believe it or not) a pill. Lutin Malin is a company that provides a range of herbal solutions to your digestive woes, including medications that promise to change the actual odor of your... emissions. Speaking to the Telegraph, inventor, Christian Poincheval, revealed all about his bizarre creation - and, honestly, it just gets weirder from here.

Like death and taxes, farts are an unavoidable part of life.

But that doesn't make them any better. Let's face it - funny or not, they're generally pretty gross.

Some of us are more afflicted than others.

And, often, it's not usually the fart-bearer who is the most affected. In fact, it tends to be those in close proximity who end up... bearing the brunt.

Not to get too graphic...

They can be unpredictable and can lead to some highly uncomfortable situations.

But one man decided that we didn't need to live like this.

An inventor, struck by inspiration, decided that we no longer needed to live as slaves to our digestive systems.

Because, really, farts all come down to science.

They're caused when bacteria break down food in your intestines - releasing the stinky gas in the process.

Logically, this means that farts could be altered by changing what's in your intestines, right?

At least that's what Christian Poincheval, the inventor of the fart pills and natives of Gesvres, France, thought.

We're not sure about you, but we feel super confident buying medicine from the internet invented by a man who looks like this.

His company is called Lutin Malin.

The name translates to "Crafty Imp," in English - which is a pretty odd name for a herbal supplement related to intestinal health, right?

A pill to ease the... scent. "Our farts were so smelly we were nearly suffocated. Something had to be done," he claimed.

The pills claim to be natural in origin.

They're based around ingredients designed to naturally soothe the gut and prevent the buildup of gas, including seaweed.

All of the pills also contain fennel and blueberry extracts to minimize fart smells. But if you want to... customize your aroma, well, Poincheval has truly thought of everything.

He's created pills to make farts have a particular odor.

Alongside the "classic" rose scent, Lutin Malin offers a range of other options, including the sophisticated violet.

It doesn't stop there.

Poincheval also offers limited edition scents to fit into specific themes for the holidays. "Christmas always see a surge in sales," he claims.

It's not just Christmas that Poincheval caters for.

He also offers some offbeat Valentine's Day treats which will make your emissions take on the warm and cozy scent of ginger.

Amazingly, it doesn't end there.

There's also a patriotic French May Day scent, which is the traditional aroma of lily-of-the-valley.

"I have all sorts of customers," Poincheval claims. "Some buy them because they have problems with flatulence and some buy them as a joke to send to their friends."

Poincheval also has a YouTube channel where he goes into more detail about his unusual products.

We don't know what to think.

But, hey, if it works for you, they're quite affordable at around $10 for sixty of the life-changing pills. If you're feeling tempted, you can order through the official site.