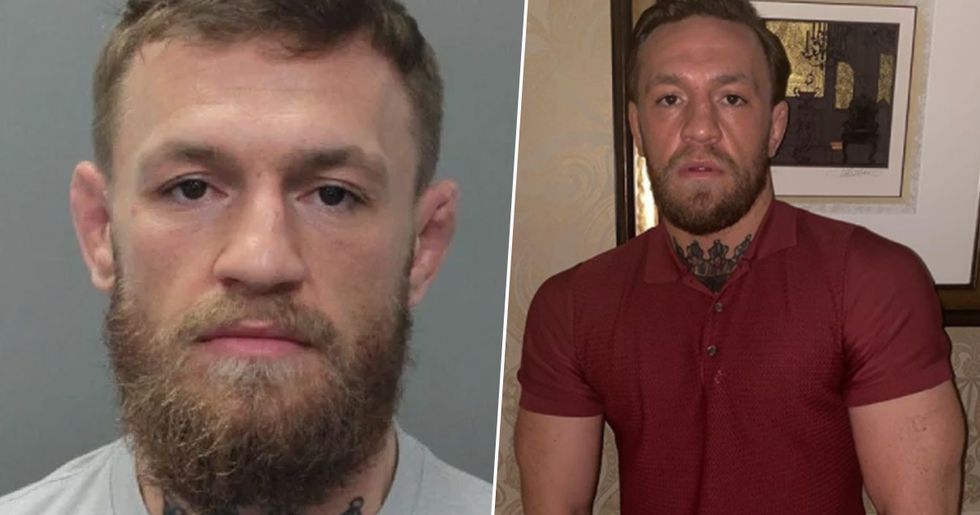 Breaking news just in. UFC superstar, Conor McGregor, has been arrested in Corsica, an island off France.

A statement was released by court officials confirming his arrest to press.

Conor McGregor has been arrested.

News just in, that Conor McGregor has been arrested in Corsica.

Conor McGregor is one of the best-known fighters around.

But then things got bigger.

He achieved a lot in the UFC.

McGregor is a huge name.

He's currently the biggest pay-per-view draw in MMA history, having headlined five out of the six biggest selling events. And, on top of that, he's also a businessman.

Over the years, McGregor has faced numerous brushes with the law. This includes an arrest for robbery in Miami last year, during which he destroyed a cellphone and attempted to attack a literal bus.

He also started a fight with an old man in Dublin.

Taking the refusal of his whiskey as some sort of personal slight, McGregor hit the man in the face.

McGregor was taken outside.

But it's unclear as to whether or not charges will be pressed.

Judge for yourself - although we're happy to say that we don't think that this is very cool on McGregor's part.

McGregor is a highly controversial figure.

And now he's been arrested again.

This time McGregor has been arrested in Corsica.

McGregor was spending time with his fiancée, Dee Devlin, sailing around the island.

But he 'flew off the handle' on Thursday, apparently.

Now it has been confirmed that Conor was arrested in Corsica for attempted sexual assault, French officials say.

It took place in a bar.

Following a complaint filed on September 10 denouncing acts that could be described as attempted sexual assault and sexual exhibition, Mr. Conor Anthony Mac Gregor was the subject of a hearing by the gendarmerie services.

McGregor has denied everything.

A rep for the sports star said:

McGregor was interviewed by police.

After being interviewed by police in France, he was eventually released.