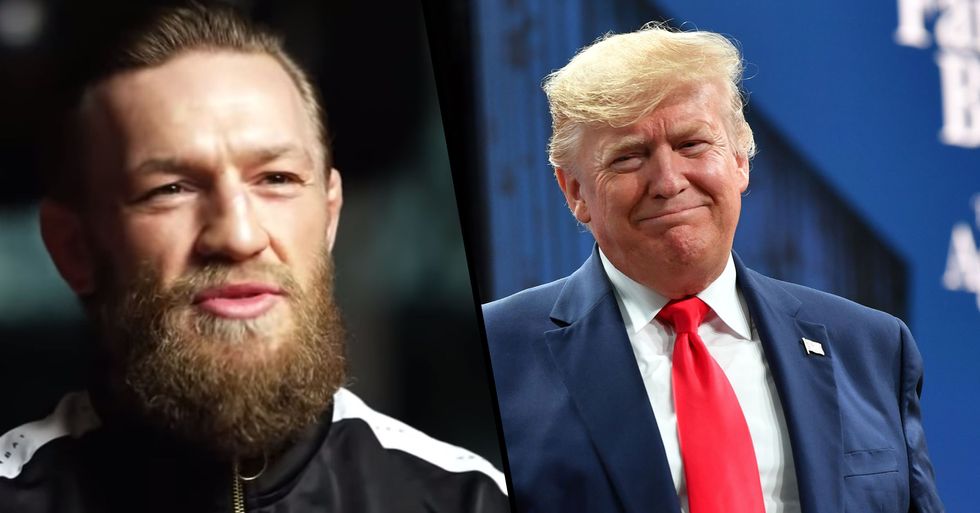 But Mcgregor's latest move might be his strangest yet. Taking to Twitter, he announced his love for President Trump - and (obviously) Trump had an effusive response to the declaration.

And it seems as though McGregor is loathed to turn over a new leaf.

Because his latest social media move has been very controversial.

Because he's gone and praised none other than Trump.

The President is a controversial figure, to say the least - especially when current events are taken into consideration!

We know how much the President enjoys that particular social media platform, don't we?

But this interaction has everyone thinking one thing.

What? It really is quite bizarre stuff.

It happened on Monday night.

After taking the UFC 246 title, McGregor was clearly in the mood to go off on social media.

In a series of now-deleted Tweets, he heaped praise on the President.

"Most certainly one of them anyway."

"He sits atop the shoulders of many amazing giants that came before him. No easy feet."

"Congratulations on your big @UFC WIN!" he replied early on Tuesday morning.

But it seems fans aren't taking the love-in too seriously.

McGregor doesn't seem to always hold the most stable of opinions, after all. Fancy more McGregor strangeness? Scroll on for the viral challenge he started - and a lot of celebs took part.