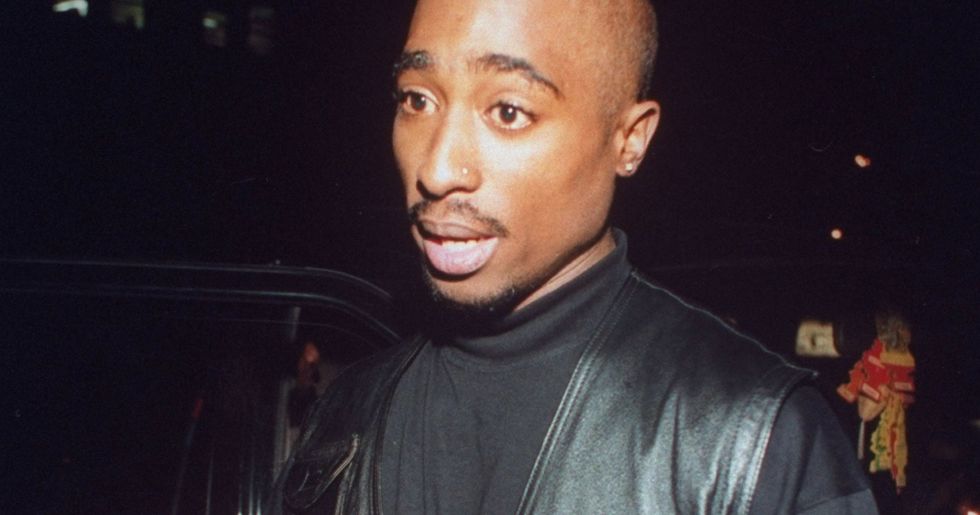 The debate as to whether Tupac Shakur is alive or dead has raged on for years.

Did he really die in the Vegas shooting? Is he living out the rest of his days in Cuba? Did he come back from the dead like a modern-day Jesus? No one really knows.

For years, fans have insisted that they have "seen" Tupac in various locations around the world, but they are usually dismissed or shut down with a more reasonable explanation.

But now, one conspiracy theorist is insisting that he has genuine video footage of Tupac alive today in 2019... For real, this time.

Keep scrolling to see the video, and to decide for yourself whether Tupac is alive or not...

Tupac Shakur was murdered... Or so some people believe.

The musician was embroiled in a feud between East Coast and West Coast rappers and was murdered in a drive-by shooting in September of 1996, leaving behind an influential musical legacy at the young age of twenty-five.

Many people believed that rival rapper, Biggie Smalls, was behind the murder of Tupac. The rapper had believed he'd organized a prior shooting, in which he had luckily escaped unharmed, a couple of months earlier. Biggie Smalls was murdered in a similar shooting just months later.

Because his murder has never been solved, conspiracy theories have raged ever since Tupac was shot, with many fans speculating that the rapper faked his own death to get out of the gang wars.

Many different theories as to where Tupac could be hiding out have been brought forward. Some believe he could be living out his days in Cuba. A 2010 interview with Treach, a fellow rapper and friend of Tupac, found him answering a supposedly off-the-record question of “Is Tupac really dead?" with a seemingly assured statement: “Last time I saw him he was in Cuba, man."

The fan theories are wild...

People just really want the rapper to be alive, don't they?

Many believe that Tupac had the best resurrection of all time...

Yo, Jesus. I'm really happy for you and I'ma let you finish but Tupac had one of the best resurrections of all time! #TupacIsAlive #Hologram
— Peter Chao (@Peter Chao)1334564963.0

And, on top of all these theories...

Some people are convinced that they've seen the rapper in the flesh.

But just how legitimate these "sightings" are is another question entirely...

Tupac has been "seen" all over the world.

But now, someone has come forward with "evidence".

Yep, instead of the usual half-hearted rumors and speculations, someone has now claimed to have actual evidence of Tupac's secret life.

This time there is actual video footage of a man believed to be the "California Love" singer, and he looks very much alive.

Instead of being six-foot under...

Tupac is apparently six-foot over, and chatting quite happily on the phone.

The fresh footage was taken by an anonymous cameraman...

Who went to all the effort to hide behind a nearby bush to film the suspected Pac. A bit creepy, but if you think you've spotted Tupac, you gotta do what you gotta do, right?

The man in question can be seen pacing up and down while talking on the phone...

And casually smoking a cigarette and drinking a can of drink - something a dead guy wouldn't normally be able to do, right?

The guy does look an awful lot like Pac...

However, because the cameraman is hiding behind a bush, it's difficult to get a clear view of the man in question. But what can be seen, is that he is sporting the familiar bald head, an oversized white t-shirt, and baggy shorts.

It is unclear where the footage was filmed...

But the title of the video states that it was filmed in 2019, so this could be the most recent Tupac sighting yet.

And the loyal conspiracy theorists were quick to praise the video...

One wrote, "Pac has risen. Hallelujah", while another commented, "Yeah! He is alive."

You can watch the video for yourself.

Is it Tupac? Or is it just one of his many doppelgangers? We may never know the truth. To read more about the most dedicated Tupac fan alive, keep scrolling...