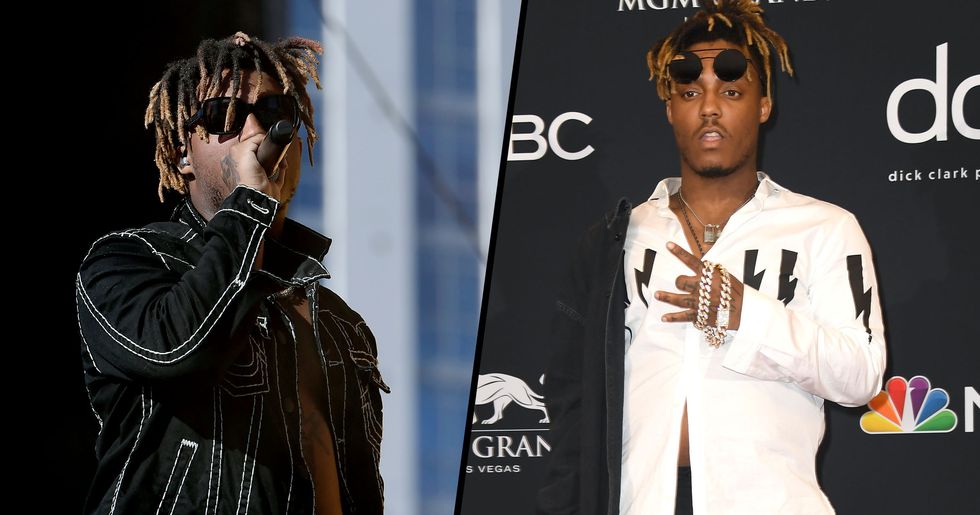 One thing everyone always says is "life is never fair," and that rings true for this story in particular. On Sunday, we received the unfortunate news that singer and rapper Juice Wrld had passed away, leaving behind a plethora of fans, friends, family, and longtime girlfriend, Ally Lotti.

Speculation around the rapper's death has been rife, with many different rumors circulating about how he may have died.

Born in Chicago, Illinois, the rapper and singer grew up with a conservative and religious mom who forbade him from listening to hip-hop.

He left behind girlfriend, Ally Lotti...

They began dating in September 2018, and the pair had been through a lot together, including Juice admitting his drug problem and publically apologizing to Ally for "scaring her" with his drug use.

The cause of death remained foggy for quite some time...

Chicago police  initially only told the BBC that a young man had suffered a "medical emergency." At around 02:00 local time (08:00 GMT), the incident took a turn for the worst and Juice Wrld was taken to hospital, where he was pronounced dead.

But the coroner finally figured out what happened...

Chicago Police have confirmed the rapper's death, and have now revealed the exact cause.

The rapper died after he suffered a fatal seizure...

Which was induced by an overdose of Percocet painkillers.

Juice's luggage was searched for drugs and guns at Chicago Midway Airport on Sunday...

And the rapper reportedly swallowed the painkillers in a bid to hide them from the officers.

The pilot flying the musician's jet grew suspicious of Juice...

And alerted the police that he may be in possession of drugs and contraband.

The police met Juice at the airport...

And as officers began searching through his and his entourage's suitcases, which were found to contain seventy pounds of marijuana and 6 bottles of prescription codeine cough syrup, the up and coming artist was reportedly seen swallowing several of the Percocet pills, in what witnesses believe was an attempt to hide them. Juice's 2 bodyguards were arrested by the police at the airport after they were found to be in possession of the 3 guns found in the search, in addition to a high-capacity magazine and metal-piercing bullets.

The consumption of these pills likely contributed to the musician's premature death...

As, shortly after swallowing the drugs, he began "convulsing", and then went into the seizure that ultimately killed him. An official autopsy will take place on Monday.

There are many people out there claiming that the rapper faked his own death.

"My goal is to get overly famous, shine for a couple of years... then fake my death," the rapper wrote a few years ago, followed by a coffin emoji.

Fans are desperately grasping at straws...

One follower wrote today, "Please Juice. Please don't make this tweet a reality. We won't be mad. We just don't want you gone."

A conspiracy has quickly been generated...

"For the love of all that is holy I pray to God this is fake and he is really just faking it," wrote another devastated fan.

This tweet isn't the only "clue" of his death...

Fans have been investigating heavily, and many believe that even certain lyrics from Juice's music have hinted towards his tragic death.

The lyrics from "Legend" are rather questionable...

In one of his most famous tracks dedicated to 2 other rappers who have recently died, twenty-year-old “XXXTentacion" and twenty-one-year-old Lil Peep, he rapped these lyrics, “What’s the 27 Club? We ain’t making it past twenty-one. I been going through paranoia…"

Juice tweeted this just a day before his birthday earlier this month...

He tweeted a supposed quote about himself, “This life is yours do what tf you want do great things and change the world don’t let no one tell you s**t.. and you’ll be bigger than “juice wrld" will ever be, and he’s going down as a legend – Jarad."

Fans are a little suspicious, to say the least...

But this is, more than likely and very sadly, a case of grieving and denial from Juice's loyal fan base.

It has been confirmed that Juice passed away.