These Controversial Opinions on Music Might Make You Really, Really Angry | 22 Words 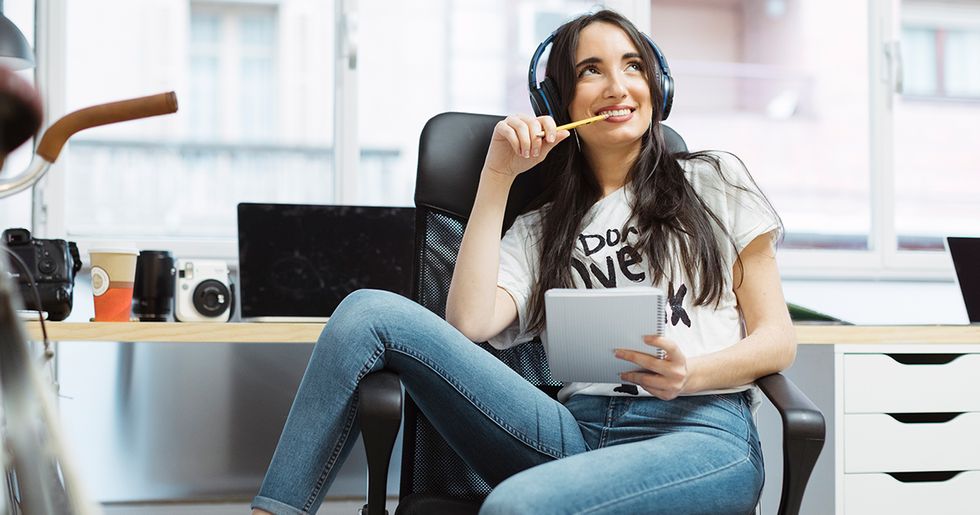 These Controversial Opinions on Music Might Make You Really, Really Angry

I always find it pretty amazing that every single person who lives on the planet — and who, indeed, has ever lived on the planet — has a completely unique taste in music.

Sure, there are plenty of people who like The Beatles, and plenty of others who like Cardi B, but there are no two people who have the exact same opinion about every single musical artist. Isn't that awesome?

Of course, this also means that some people hold opinions about music that others may consider pretty controversial. Obviously, that's totally fine — each person is entitled to their own opinion! But when people start sharing their unpopular opinions on social media, things are bound to get a little messy.

A recent Twitter thread gave people the chance to share their own unpopular music opinion. How many do you secretly (or not-so-secretly) agree with?

It all started when @new_branches asked people to share their own unpopular music opinion.

I'm not sure they knew quite what they were in for. The answers quickly started coming in.

This person got things started with Jaden Smith:

Do you think you'd like Jaden Smith better if his dad wasn't famous? Would he have ever gotten famous without his dad's initial fame? This has given me so much to ponder!

It didn't take long for someone to tackle T Swift.

I mean, you can not like Taylor Swift. But to say she doesn't have any award-worthy albums? Not a single award? Hm.

Are we paying too much attention to beats?

I think some people still prefer lyrics over good beats. But what do I know? I'm an old person.

This person came for Eminem:

I might be an old person, but I am also from Michigan so I'm pretty sure I can say that your opinion is [trashcan emoji]!

This is asking a lot:

I mean, sure. Most albums are designed to be listened to in their entirety. But who has the time for that?

This person has A LOT of opinions.

If a response in this thread has a lot of likes, does that mean that it's not an unpopular opinion? Or are people liking it because they disagree with it?

This is quite the quandary!

Do people still listen to the radio? I thought that was just what people my age do. Young people, teach me your ways!

Sure. Some people don't like Kanye. That's hardly news, though, right?

I agree with this one wholeheartedly:

@new_branches There’s certain songs that are meant for the aux and then there’s songs you listen to just when you have your earphones on
— EDEZ🦦 (@EDEZ🦦)1548096616.0

Some songs were never meant to be blasted through your car stereo. Those songs are for your ears only.

Of course, then someone came back dragging earphones:

In a perfect world, we would all have very fancy and expensive headsets to listen with. Until then, earphones are probably just fine. Or maybe that's just my own unpopular music opinion.

This person has it out for Future:

I'm assuming all the Future fans rolled their eyes at this one.

Apparently, anyone can be overrated:

I'm definitely a big Beatles fan, but even I can admit that some of their songs are not quite up to snuff. (Lookin' at you, "The Long and Winding Road.")

Is Ariana Grande really that grand?

I never really understood the Ariana Grande hype until she got a tattoo that says "barbecue grill" in Japanese. That made her v. relatable.

OK, this is getting a little gatekeep-y, now.

As an old person, I'm here to let you in on one of the secrets to having a happy life: Let people like what they like. It makes life so much easier.

And then, of course, they came for country:

I love this tweet more than any of the others:

If you don't agree with this person, do me a quick favor and listen to the opening song from Dragon Ball Z Kai. Don't tell me that's not a total bop.

To be fair, people have been listening to classical music for, like, hundreds of years. I think it's safe to say it has some staying power.

If you're still looking for the best songs...

...I guess too bad? No one knows about them, apparently.

Again with the country hate!

I think millions of country fans would probably disagree with you there. Then again, this is supposed to be unpopular opinions.

Sorry guys, everything is bad.

@new_branches Music nowadays is trash 🗑 there’s so many rappers that can hardly even rap, the same beat to every si… https://t.co/uVVWsLWDiB
— Pepppaaaa (@Pepppaaaa)1548191141.0

This is an interesting take!

What makes a true musician? Is it enough just to perform the song beautifully, or do they also have to make it up on their own? What about using samples from other songs?

You'll have to fight me if you disagree with this one:

Just kidding. I don't care if you don't like it. It'll always hold a special place in my memory, though.

Here's a hot take on KPOP:

It seems like there's a lot to unpack here. I'm not totally sure how I feel about this one.

Bring on the sad music!

Oooh, yeah. I love a good sad song! But I also love happy songs. Look, we've got plenty of space in this world for both.

Video game music even got a mention!

When I was in the high school orchestra, we played a medley of songs from Halo and it was one of my favorite pieces of all time. Also, two words: Chrono. Trigger.

Something tells me Beyoncé is going to recover from this attack just fine.

This person has a pretty good point about Ed Sheeran:

Poor Ed. Has someone checked on that guy lately? He just seems so sad.

And, of course, Twenty One Pilot fans were in full force:

I'm not personally a fan, but I recently found myself on the Wikipedia page for their latest album and, holy smokes, there is clearly a lot going on there.

And finally, this person instituted a new rule:

If every album was only seven songs long, then maybe I would actually listen to it from start to finish. I think you're onto something here! Share this with a fellow musicophile!