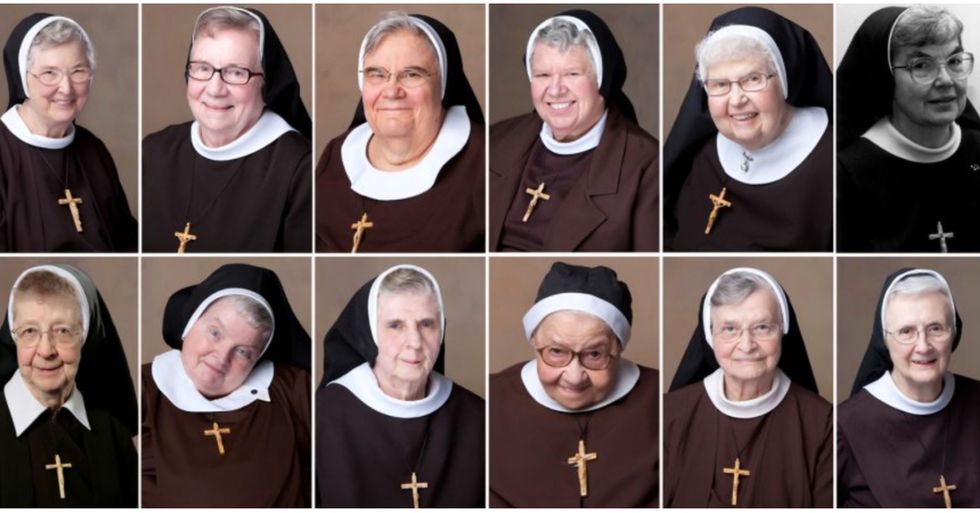 A convent has been left grieving an unthinkable loss after it lost thirteen nuns to coronavirus, with twelve dying in just one month.

This story is utterly heartbreaking...

So much so, it has been described as one of the worst losses a convent has faced.

Unfortunately, we have just endured the most devastating few months.

Since December 2019, a deadly outbreak of the coronavirus - or COVID-19, as it is scientifically referred to as - has brought the world to a total standstill.

At the initial outbreak of the deadly virus, world leaders ordered full lockdowns upon their countries...

Ultimately forcing millions of people to quarantine at home.

Shops, restaurants, and bars have been forced to close indefinitely...

And our once-bustling streets were left deserted.

The virus has spread across the globe like wildfire and, at the time of writing, there are now over fourteen million coronavirus cases with a further 615,000 deaths.

And, because of this, our healthcare workers have been going to the extra mile to ensure our safety.

Doctors and nurses all over the world have been working backbreaking hours in order to keep up with the influx of coronavirus-infected patients.

Their work has been truly heroic...

But, sadly, they haven't been able to save everyone.

As stated earlier, hundreds of thousands of people have passed away as a result of the devastating disease...

And families everywhere are having to grieve for the loss of their loved ones.

But, out of all the heartwrenching stories of loss we've seen over the last few months...

There is one that is a little more prominent than the rest.

A convent in Michigan has been left reeling with grief after the virus swept through...

Claiming the lives of so many nuns, in just one month.

The Felician Sisters convent in Livonia, outside of Detroit, was once home to eight-hundred sisters...

But, in recent years, there had been a decline, with only around fifty residing there, according to the executive director for mission advancement, Suzanne English.

At the beginning of the pandemic, the convent implemented a no-visitors rule.

As well as placing restrictions on group activities to help curb the spread of the virus.

But it seems that this wasn't enough.

Because this week, some truly heartwrenching news has emerged.

The virus swept through the convent at such a fast pace...

That it claimed the lives of thirteen nuns, twelve of whom passed away in the space of just one month.

To make matters even more heartbreaking...

The thirteen women were all long-time members of the convent...

And leave behind a huge legacy of service, according to their obituaries.

The sisters all helped others through various roles in their lifetime.

Thank you to the #Felician Sisters who led a fantastic behind the scenes tour of the convent today! @FelicianCollege http://t.co/RvdSAhlhqH
— FelicianUnivLib (@FelicianUnivLib)1423511666.0

From teaching to helping vulnerable children to playing music, and even publishing a book about the history of the convent.

The sisters had a huge impact on so many lives...

“We grieve for each of our sisters who has passed during the time of the pandemic throughout the province, and we greatly appreciate all of those who are holding us in prayer and supporting us in a number of ways," said Sister Mary Christopher Moore, provincial minister of Our Lady of Hope Province.

The convent has suffered an unimaginable loss.

The  Global Sisters Report states that this "may be the worst loss of life to a community of religious women in the United States since the 1918 influenza pandemic."

In total, at least thirty sisters in Livonia were infected with the virus.

The sisters are struggling to come to terms with this huge tragedy.

Especially since, at the time, only ten people could attend each funeral.

This heartwrenching loss is far from over.

“Some of our sisters who have had COVID-19 are struggling to recover from a variety of effects, including continuing weakness, respiratory issues, and more," a statement released by Felician Sisters in early July states.

The names of those who passed away have now been released.

Rest in peace to all the sisters who lost their lives.

Thoughts are with their family and friends at this difficult time.