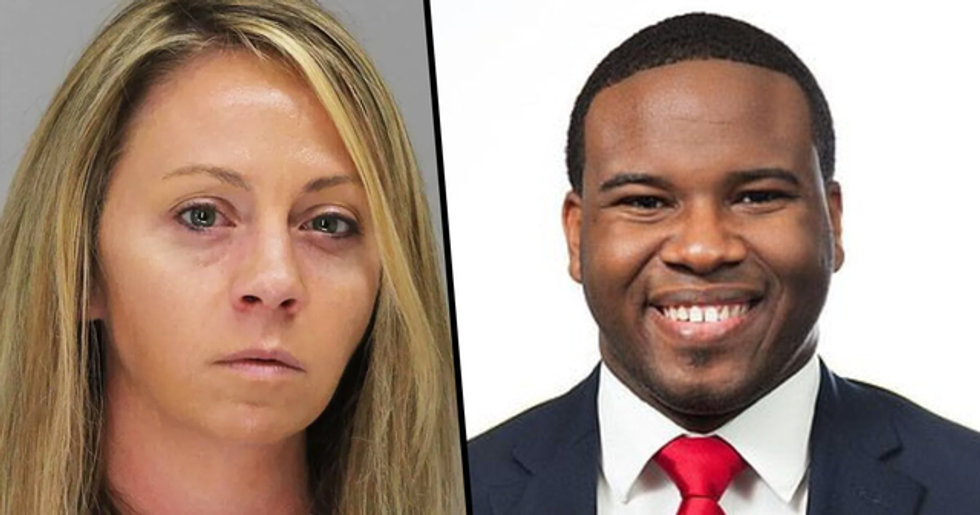 The court found holes in her defense and she was found guilty.

And now, she has finally been handed her sentence. Keep scrolling to read the full story, and to hear just how long she will serve behind bars...

And now, she has finally been sentenced...

To a mere 10 years in prison. The jury, which found Guyger guilty of murder on Tuesday, reached a unanimous decision on the sentence after listening to Jean's and Guyger’s families, friends, and coworkers over 2 days of emotional testimony.

She was facing between 5 to ninety-nine years in prison...

However, Judge Tammy Kemp allowed the jury to consider the “sudden passion" defense, which carries a reduced sentence of 2 to 20 years. This meant jurors were able to consider whether Guyger killed Jean in an act of “sudden passion" caused by unforeseen anger or terror “sufficient to render the mind incapable of cool reflection."

This is not justice.

Speaking to reporters after the sentencing hearing, Allison Jean called on the city of Dallas to "clean up" the police department. She criticized the investigation into her son's killing and the training that Guyger received. "Ten years in prison is 10 years for her reflection and for her to change her life but there is much more to be done by the city of Dallas," Allison Jean said. "The corruption that we saw during this process must stop."