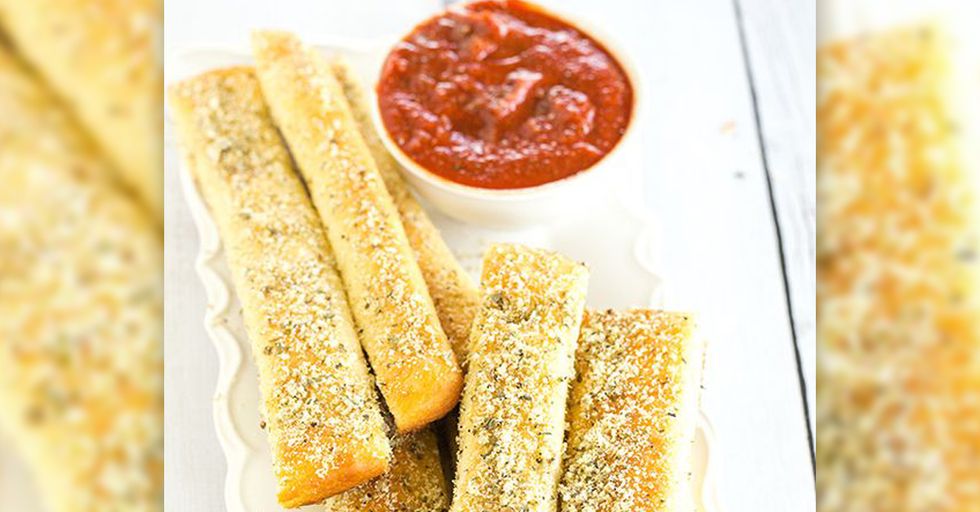 20 Copycat Recipes That Taste so Spot On, It's Scary

They say imitation is the highest form of flattery, right?

Plus, if it saves you time or a couple of bucks, what's not to love?

Here are some of the greatest copycat recipes the Internet has to offer.

I dare you to see if you can taste the difference.

There's clearly some kind of magic going on with Pizza Hut's breadsticks. They're the perfect blend of salty, buttery, cheesy, and spongey. Now, you can make your own right at home. Get the recipe here!

We've officially solved the mystery of the Wendy's Frosty. You'll still have to go through the drive-thru to get your dippin' fries, though. (If you've never tried that, you are missing out, my friend!) Get the recipe here!

You know how amazing it is when they give you a fresh donut while you're waiting in line at Krispy Kreme? Imagine getting that without having to stand in line. It's genius. Get the recipe here!

KFC definitely has one of the better restaurant biscuits around. And now, you can too. Get the recipe here!

No joke: Cracker Barrel is my favorite restaurant of all time. Unfortunately, I live in a state where there are NO CRACKER BARRELS. I know. It's a struggle. At least I can make their famous hashbrown casserole at home. But where am I supposed to buy my old-timey candy? Get the recipe here!

That's right. I put two Cracker Barrel recipes on this list. I wasn't joking when I said it's my favorite place to eat. And their fried apples are the bomb dot com. Get the recipe here!

Now your home can be the happiest place on Earth! All the deliciousness of a Dole Whip with none of the standing in line and paying an arm and a leg to stand in line! Get the recipe here!

Craving Cinnabon but nowhere near an airport? We got you, fam. Get the recipe here!

Finally, you can stick it to those smug Girl Scouts who claim it's not cookie season. Also, Samoas are 100 percent the best Girl Scout cookie. Don't @ me. Get the recipe here!

Some people say the best part of an Arby's Roast Beef sandwich is the meat. Not so, my friend. It's that special sauce. It's perfect for curly fries, bologna sandwiches, or literally anything else in your kitchen. Get the recipe here!

As far as I'm concerned, Cheesecake Factory should rebrand itself as the Honey Wheat Brown Bread Factory because that bread is the best thing (not) on the extensive menu. Get the recipe here!

All of the joy of eating fried pickles with none of the awkwardness of having to enter a Hooters? Count me in. Get the recipe here!

If you waltz into Red Lobster and order nothing but 3 dozen Cheddar Bay Biscuits, they look at you crazy. But in the comfort of your own home, no one can judge you. Except for your family and your dog. And honestly, who cares what they think? Get the recipe here!

Admit it: As soon as you read about Butterbeer you wished you could try it. Of course you did. You're human, after all. Save yourself a trip to Universal and brew it up in your own cauldron*. *Cauldron is optional but encouraged. Get the recipe here!

You didn't hear it from me, but if you feel like leaving out the broccoli and literally just making cheese soup, that is totally your prerogative. Get the recipe here!

If you're still paying $4 every day for a Starbucks drink, you are doing it wrong. You can make a bunch of their fancy vanilla syrup for way less money. Save your bucks! Get the recipe here!

If you order 4 chalupas from Taco Bell, you might get a little bit of side-eye from your pals. But if you make them at home? You're suddenly a fancy chef who can eat whatever they dang well please. You're welcome. Get the recipe here!

The best part of this recipe is that you can enjoy Chick-Fil-A any day of the week. That's right, even Sundays. Get the recipe here!

Honestly, these copycat Cheez-Its taste even better than the real thing. And that's coming from someone who has eaten entire boxes of the real thing in one sitting. On several occasions. Get the recipe here!

The only thing wrong with In-N-Out burgers is that you can't get them anywhere in the world. Until now! I recommend going for a double-double. And never say no to animal style. Get the recipe here!